Lebanon asks to be saved from economic crisis

Lebanon asks to be saved from economic crisis

Lebanese Prime Minister Hassan Diab on Tuesday, July 6, 2021, warned that a social explosion in his country was imminent. He called on the international community to save his country from the economic crisis. 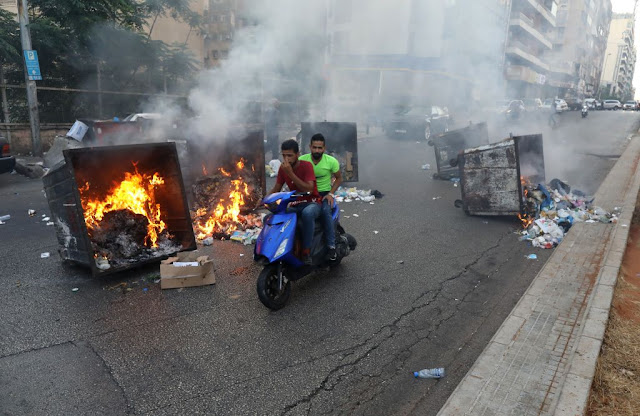 UMMATIMES - The World Bank previously called the economic crisis in Lebanon one of the worst crises in modern history. The value of the Lebanese currency has fallen by 90 percent and more than half of the country's population has fallen into poverty.
Fuel shortages have sparked fights at petrol stations in Lebanon. Prime Minister Diab warned of the possibility of further unrest.
“Lebanon only has a few days left before the social boom. The Lebanese people are facing this fate of darkness alone," Diab said in a speech at a meeting with foreign ambassadors and representatives in the capital Beirut.
Diab is currently the interim Prime Minister of Lebanon after resigning in the aftermath of the catastrophic chemical explosion on August 4, 2020. Since then, Lebanese politicians divided into factions have not reached an agreement on forming a new government.
According to Diab, the new cabinet should resume negotiations with the International Monetary Fund (IMF). Because the current government does not have the right to decide on negotiations with the IMF that will implement economic recovery plans in the next Lebanese government.