Lebanon Experiences Crisis in Supply of Imported Drugs for Its Citizens

Lebanon Experiences Crisis in Supply of Imported Drugs for Its Citizens

Lebanon is currently experiencing a crisis in obtaining imported medicines. The country has run out of hundreds of essential medicines and warns of more shortages. This condition occurred because of the terrible financial crisis in the country that hit the health sector. 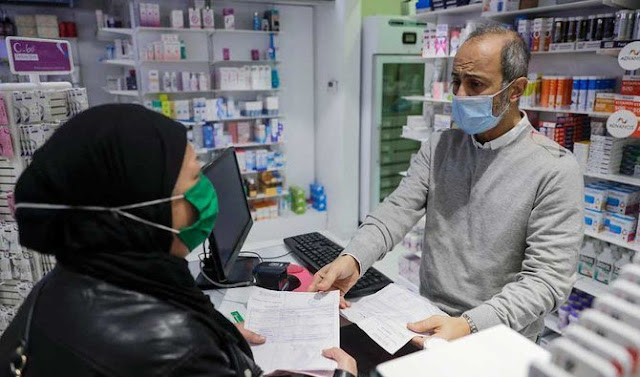 UMMATIMES - "The import stock of hundreds of company medicines for treating chronic and incurable diseases has run out. And hundreds more will run out until July if we cannot resume imports as soon as possible," Lebanese Health Officials were quoted as saying by TRT World on Monday (5/7). .
According to him, in early June Lebanon lost 70 percent of its medicines and medical supplies. This is because the central bank has not issued promised dollars to pay overseas suppliers who owe more than 600 million US dollars in accumulated dues since December and importers are unable to obtain new lines of credit.
Union chairman Karim Gebara said several drugs to treat heart disease, high blood pressure, diabetes, cancer, and multiple sclerosis had run out. If nothing is done, the situation will be catastrophic by the end of July.
"This condition could deprive hundreds of thousands of patients of their health from their treatment," he said.
In addition, Lebanon provides less than five hours of electricity a day in most areas as it struggles to obtain foreign currency for fuel imports. Over the past few months, motorists in Lebanon have had to queue for hours outside gas stations in the scorching heat as fuel supplies dwindle.
Filling cars with gasoline has increased by 55 percent in the past two weeks as the government has cut fuel subsidies. Hospitals have also warned that worsening power outages and fuel shortages are also having a serious impact on the health sector.
"The hospital has sufficient fuel stock to operate the generator for only two days instead of two weeks," said the head of the Private Hospitals Association Sleiman Haroun.
Head of Main General Hospital Rafic Hariri said the main concern at the moment was not the delta variant of the coronavirus or the shortage of supplies. The main concern now is electricity, without which medical equipment cannot work.
"Old generators cannot continue to run without stopping. When damaged, lives will be in danger," he explained.
The Lebanese government resigned after the deadly port explosion on August 4 last year. But the deeply divided political class has failed since agreeing on a new cabinet to lift the nation out of crisis.