A number of Malaysians plan to hold a convoy on the road today, Saturday (24/7), to demand Prime Minister Muhyiddin Yassin resign from his post because they are considered to have failed to deal with the Covid-19 pandemic. 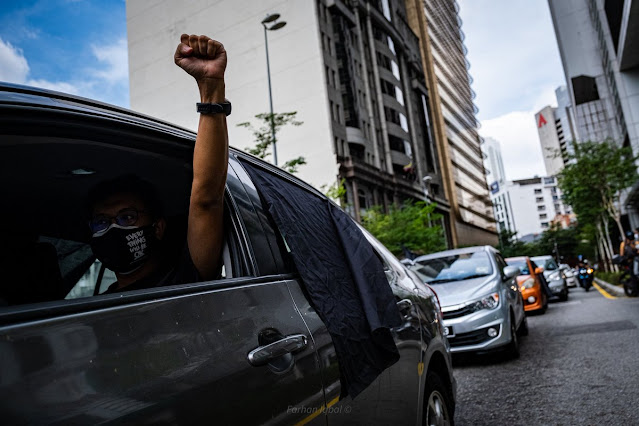 UMMATIMES - Malay Mail reports that the convoy is planned to take place nationwide at some point in each state. This convoy is part of the #Fight action which will culminate in July 31 at Dataran Merdeka.
This convoy was initiated by a number of community coalitions, one of which was the Secretariat of People's Solidarity (SSR) and the National Democrats. They called for this action through social networks.
One of the demands in the series of actions was the insistence that Prime Minister Muhyiddin Yassin and the entire cabinet resign and an automatic moratorium on bank loans to all debtors.

SSR views the government as lacking credibility in taking on the responsibility of releasing Malaysia from the Covid-19 pandemic and its impact on the economy and people's lives.
Responding to the call for action, the Malaysian police warned that they would take strict action against the convoy participants.
The head of the Dang Wangi police, Mohamad Zainal Abdullah, reminded the public that the movement control order (MCO) is still in effect, so the ban on public gatherings is still in effect.
"The police will not hesitate to take firm action against the parties involved based on existing laws, including taking action based on Law 342," he said, referring to the Law on the Prevention and Control of Infectious Diseases.
He also appealed to the public not to be influenced by the invitation of certain parties to take to the streets.
Currently, Malaysia is experiencing a spike in Covid-19. On Friday (23/7), Malaysia even set a record daily case of Covid-19 with 15,573 infections a day.
In the midst of this increase in cases, the Malaysian government implemented a lockdown. Even though the lockdown has been in effect since June 1, cases of Covid-19 in Malaysia are still increasing.