A Myanmar court has extended the pretrial detention of American journalist Danny Fenster. 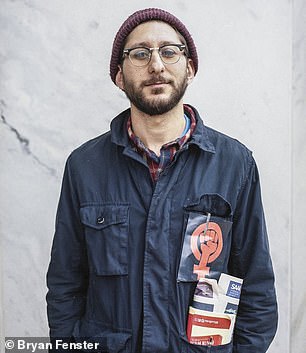 UMMATIMES - Danny, who worked as managing editor of local media Frontier Myanmar, was arrested on May 24 on charges of sedition.
According to Danny's lawyer, Than Zaw Aung, the journalist is in good health but appeared to have lost weight during a trial at Insen Prison, Yangon, on Thursday.
According to Channel News Asia's media report, Friday (2/7), Than Zaw Aung revealed that the next trial is scheduled for July 15. However, he said, the case against Danny will not be tried because the court has handled too many cases.
Than Zaw Aung said Danny's charges relate to his previous work as a reporter and copy editor at local online media, Myanmar Now.
Myanmar Now is one of the media whose licenses were revoked in early March so publishing on any platform is prohibited. However, Myanmar Now continues to operate online.
Danny resigned from Myanmar Now in July 2020 and joined Frontier Myanmar one month later.
However, Danny's lawyer does not yet know in detail why the journalist was detained.
"I don't (know) clearly whether this concerns the news that was uploaded on Myanmar Now or not," Than Zaw Aung was quoted as saying by CNA.
Danny's family in the US, led by his parents and brother Bryan, garnered support from various parties for Danny's release.
Bryan was able to communicate with Danny by phone this week, making it their first conversation since the journalist was arrested.
"To finally hear his voice, you know, we were finally able to exhale, lean back on the couch for a bit," Bryan said.
The US Embassy also arranged for Danny to speak by telephone with his wife in Yangon.
The US government has repeatedly called for media freedom in Myanmar and for Danny's release. According to the media where he works, Danny is facing trial on charges of Article 505-A of the Criminal Code which carries a penalty of three years in prison.
Article 505-A appeared in the Criminal Code after the amendment on February 14 and has been widely used to ensnare journalists, activists, and social media users. The article targets anyone who creates fear in the public, creates fake news, or commits criminal acts directly or indirectly against government employees.
Frontier Myanmar insists Danny has done nothing to get him charged with the charges.