Myanmar is negotiating to buy seven million doses of the Sputnik vaccine from Russia. Currently, Myanmar is trying to overcome a new wave of corona virus infections. 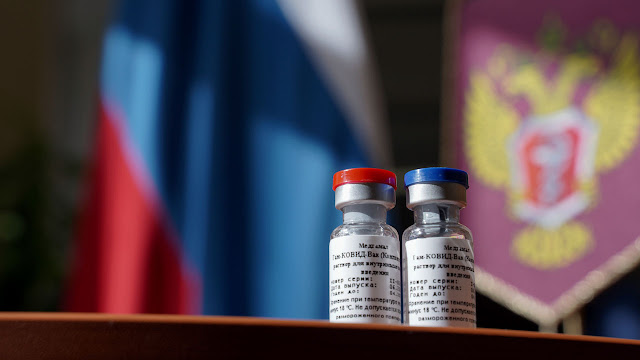 UMMATIMES - In an interview with Russia's RIA news agency, Senior General Min Aung Hlaing said after initially planning to buy two million doses. Myanmar plans to buy seven million doses of the vaccine.
"We have been in negotiations to buy more from Russia," Min Aung Hlaing was quoted as saying in the report.
He did not say whether it was the Sputnik V vaccine or the one-shot Sputnik Light vaccine. The junta leader, who just returned from a trip to Russia, said neighboring India, which initially supplied most of Myanmar's vaccine, was unable to deliver more doses because it was dealing with an outbreak at home.
"China has also sent some vaccines and we have used them too. We will also continue negotiations with China," Min Aung Hlaing said.
Myanmar has recorded 155,697 COVID-19 cases and 3,320 deaths since the start of the pandemic, according to health ministry data. But reported infections have spiked this month, raising fears of a much bigger wave.
Many of the new infections have been reported from near Myanmar's border with India. Some health experts say the true infection rate is likely to be much higher given the testing failures since the February 1 coup.
Health workers have joined a civil disobedience movement to protest the overthrow of elected ruler Aung San Suu Kyi, whose government has brought two waves of COVID-19 infections under control.