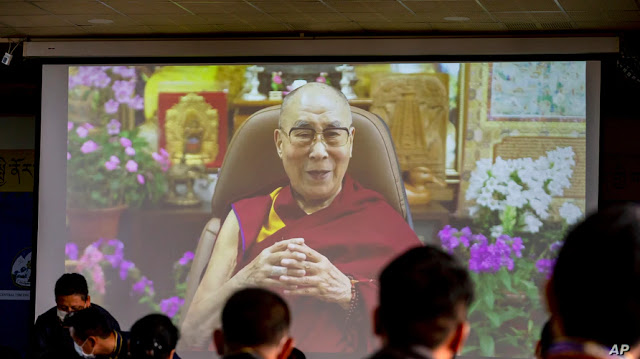 UMMATIMES - Beijing regards the Dalai Lama as a dangerous divisive or separatist figure. China doesn't like anything about the Dalai Lama. The Dalai Lama has been in exile or exile in northern India for 6 decades.
India's leaders are generally very careful about making contact with the Dalai Lama to avoid angering Beijing. But now China's relations with India are receding. The Prime Minister said on Twitter the birthday wishes to the Dalai Lama were personal.
“I spoke on the phone to the Dalai Lama to wish him a happy 86th birthday. We wish him a long and healthy life," Modi . said
Modi's actions were followed by several other Indian leaders, who also joined in wishing the Dalai Lama a happy birthday. They also praised the Dalai Lama's values ​​and his inspiring lifestyle for humanity.
Chinese troops captured Tibet in 1950 in what Beijing calls peaceful liberation. After China's seizure of Tibet and an unsuccessful uprising against China, the Dalai Lama fled in 1959.
New Delhi recognizes Tibet as an autonomous Chinese territory, but India also has several territorial disputes with Beijing, including the 3,500-kilometer Himalayan border.