Not mandatory, wearing a mask in the UK will be a personal choice

Not mandatory, wearing a mask in the UK will be a personal choice

UK Housing Secretary Robert Jenrick said wearing a mask would be a personal choice. He added that the data that will determine whether social distancing regulations can be lifted this month looked 'very positive'. 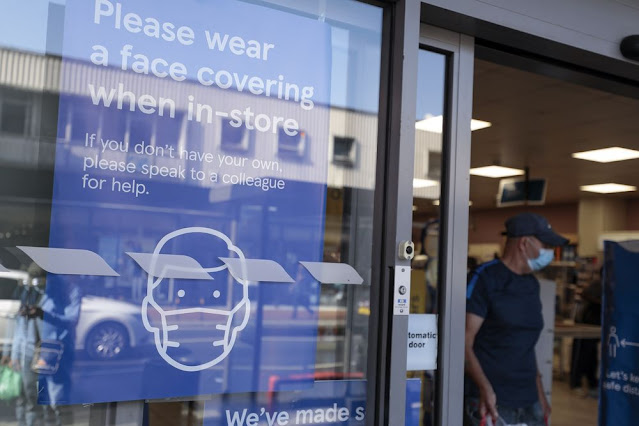 UMMATIMES - "It will be a different period where we as citizens make these judgments than the government telling us what to do," Jenrick told Sky News, Sunday (4/7).
Based on the government's roadmap, the Covid-19 social restriction regulations will expire on July 19. Jenrick said after that, Prime Minister Boris Johnson would specify the final stages of easing social restrictions in the UK.
On that occasion, he was asked whether he would stop wearing a mask if he was allowed to. "I'm going to stop wearing masks, I don't really want to wear masks, I don't think many people like it, we're going to move to a stage where it's a personal choice," he said.
Johnson had hoped to lift social distancing rules in June but his plans failed. This is because there has been a spike in infection cases driven by the more contagious Delta variant.
Last week he said though Britain's vaccination program had cut the link between infection and death. But some precautions are still needed after 19 July.
Meanwhile, Jenrick said the data looked 'very positive'. "It seems that now we can move forward and move towards a more permissive regime where we can move away from the strict regulations that make it difficult for us," he said.
"We're going to make sure every adult gets two doses of the vaccine, because that's key to keeping the virus under control as we enter the fall and winter months," he added.