On the eve of Independence Day, How Far America Has Changed Under Joe Biden

On the eve of Independence Day, How Far America Has Changed Under Joe Biden

President Joe Biden's administration is determined to continue celebrating America's 245th Independence Day on Sunday, July 4, local time. Although the Delta variant is threatening, Joe Biden is optimistic that the pandemic is relatively under control to give him the opportunity to celebrate Independence Day with 1,000 American essential workers and military personnel. 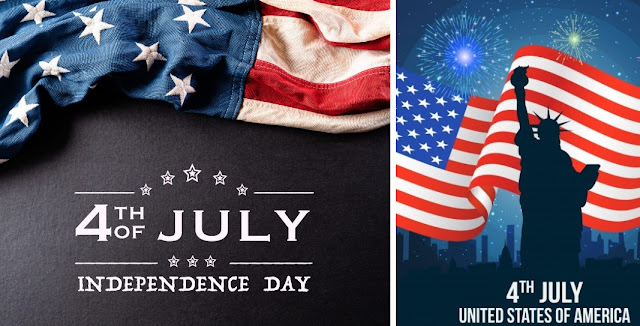 UMMATIMES - America's condition, undeniably, has improved since Joe Biden replaced Donald Trump as of 20 January. However, the question remains, how far has America improved under Joe Biden's leadership? It's worth looking back at what Joe Biden has done during his five months in charge of America.
In terms of the COVID-19 pandemic, Joe Biden immediately established himself that he would be different from Donald Trump. While Trump has downplayed the pandemic, Joe Biden says he is more wary That's why, on his first day in office, Biden immediately passed a number of executive regulations that changed America's approach to responding to the pandemic.
A total of three Joe Biden orders regarding COVID-19. All three are required to wear masks, rejoin WHO, and make the position of Coordinator for COVID-19 Response in charge of vaccination campaigns. The result is good, as of July 2, 55 percent of Americans have received at least 1 dose of vaccine although it is still far from the target of 70 percent.
"Compared to last year, in terms of public health and national psychology, we are living in a completely different world," said US Presidential historian Michael Beschloss. During Donald Trump's time, Joe Biden's similar policies did not exist given that he often underestimated or denied COVID-19 data.
The threat facing Joe Biden now is the Delta variant. These variants spread more quickly. In recent days, the number of COVID-19 cases in America has increased, which is believed to be due to the Indian variant. The Delta variant spreads in the southeast and west of America where vaccination rates are still low.
"Biden must be careful celebrating the achievements he has made. Don't rush to announce the pandemic is over. Democrats will be vulnerable to being beaten if the pandemic suddenly appears again," Beschloss added.
From an economic perspective, Joe Biden has also made a number of changes. He extended the moratorium on evictions and closing assets belonging to residents who were in arrears until last April. In addition, he also extended the postponement of student loan payments and interest.
He also tried to increase the number of jobs. The results are starting to show where American companies have hired the most employees in the last 10 years. However, the economy has not fully recovered because the number of jobs that there are 7 million fewer than last year.
"However, the problems we face today are different (than during Trump's time). Joe Biden is more calm and composed," said Vanderbilt University historian Thomas Alan Schwartz.
Another thing worth highlighting from Joe Biden's performance is how he seeks to create a more inclusive America. Apart from allowing members of the LGBT community to join the military, Joe Biden is also actively supporting the Black Lives Matter movement. The proof, he inaugurated June 19 as a national day to celebrate Black History Month.
Joe Biden's biggest challenge going forward is the Republicans. While Joe Biden has attempted to "reconcile" Republicans and Democrats in the aftermath of Trump, the two sides have often clashed over a variety of issues. As a result, the policies that he had targeted to end soon ended up being stretched for an undetermined time. Some of these include infrastructure legislation, police reform, and gun security.