One family infected with Corona rented a private jet to fly directly from Indonesia to Australia. 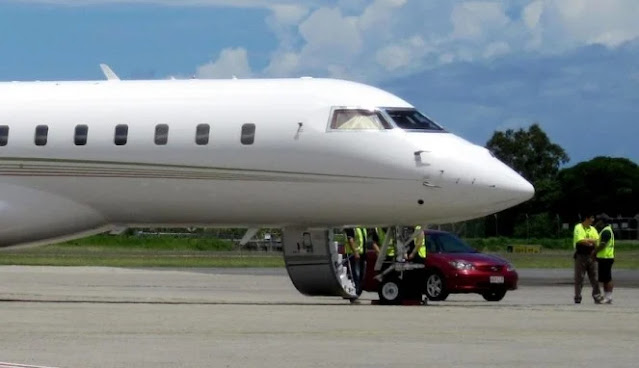 UMMATIMES - A spokesman for the Australian Border Force or ABF acknowledged that it had facilitated a medical evacuation flight on 22 June 2021 from Indonesia to South Australia. All three are Australian citizens consisting of father, mother and child.
"Agreements and arrangements for medical evacuation have been made in accordance with existing systems for international flights and in consultation with South Australian authorities," the spokesperson said.
One family was declared infected with Covid-19 after undergoing tests in South Australia. The 30-year-old head of the family is suspected to have contracted it while working at a mining site in Nusa Tenggara.
Australian health authorities allowed a family who contracted Covid-19 to enter Australia on a chartered jet last week. This sparked controversy amid the government's efforts to suppress the transmission of Covid by restricting flights from abroad.
According to the ABC news agency, local health authorities knew the family was infected with the coronavirus before the flight was approved. Whereas previously many Australians were infected with Covid-19 abroad but were refused re-entry to their country.
South Australia's Deputy Head of Public Health Emily Kirkpatrick has confirmed the family arrived in Adelaide last week.
"A family consisting of an adult male and female and a child from Southeast Asia, was repatriated to South Australia last week by a private medical evacuation company," Dr Kirkpatrick said.
The family was taken to the Tom's Court hotel in Adelaide for quarantine. While medical evacuation flights are paid for by the family.
The flight crew on the flight, has undergone a Corona test and was declared negative. "The crew stayed one night at the hotel, tested negative and returned overseas," Kirkpatrick said.
South Australian Prime Minister Steven Marshall said he was not involved in issuing flight permits. "I have no information that they are politically related," Marshall said.
South Australia's Chief Public Health Officer Nicola Spurrier said he had followed procedures. The family are Australian citizens living in Adelaide but working overseas.
"This is a hospital-to-hospital (patient) transfer, it's happening a lot in the eastern states," Spurrier said.