Pakistan reopened its main border with Afghanistan in the southwest of the country on Monday (26/7). This allowed more than 100 trucks carrying various goods to cross into Afghanistan. 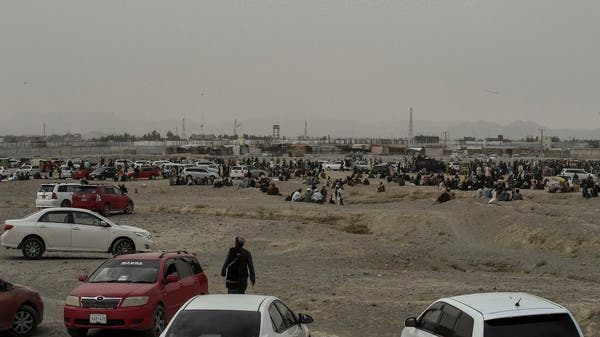 UMMATIMES - "Pakistan has opened its border with Afghanistan in Chaman today and restarted Afghan transit trade which was suspended for the past month," said Arif Kakar, a senior official in the Chaman border district in an interview with Reuters.
He said the border crossing would remain open six days a week. The Chaman-Spin Boldak border, Afghanistan's main port, was closed by Pakistan earlier this month. It follows fierce fighting between the Taliban and Afghan security forces.
Two Pakistani customs officials, who asked not to be identified, said Spin Blokda and the border town of Wesh were still under Taliban control.
They don't know what sort of arrangements exist across the border or who is in charge of the traffic of goods.
The two Pakistani customs officials also revealed that the country's officials were under pressure from traffickers to let the transport trucks pass. Because the items brought will rot or be destroyed.
The Afghan Interior Ministry and the Taliban have not yet provided information about the opening of the Chaman-Spin Boldak border. The head of United States (US) Central Command, General Kenneth McKenzie, said Spin Boldak was a contested space. He said the Afghan government was trying to regain control of the region.
After the United States decided to withdraw all its troops from Afghanistan, the Taliban decided to launch a series of attacks on several areas of the country. The Pentagon estimates that the Taliban currently controls half of Afghanistan's 419 districts. They also suppressed 17 of the 34 provincial capitals, but have not yet mastered them.
Hundreds of Afghan soldiers and civilian officials have fled to neighboring countries such as Tajikistan, Iran and Pakistan in recent weeks.
"Afghan soldiers have been provided with the necessary food, shelter and medical care as per established military norms," ​​the Pakistani military said in a statement.
Pakistan's relationship with Afghanistan is in the middle of a dispute. Kabul has repeatedly accused Islamabad of supporting the Taliban. However, this allegation was vehemently denied.