Several crew members of the Philippine Air Force plane that crashed in Sulu Province managed to survive. They jumped before the plane hit the ground. Sunday (4/7) the government said the death toll in this accident to 45 people. 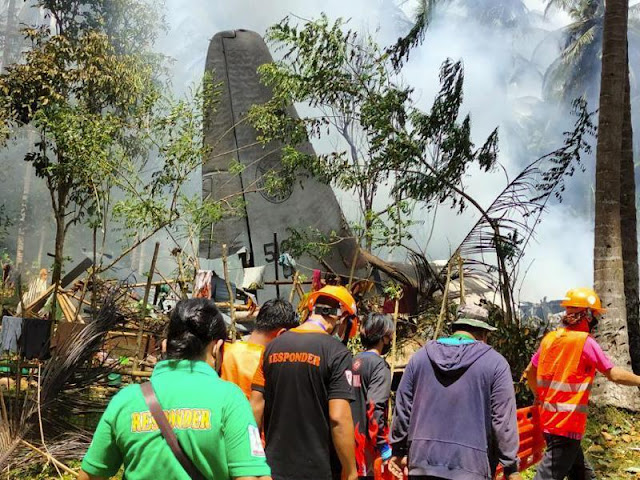 UMMATIMES - The first report put the death toll at 17 and then increased to 29. The latest report put the death toll at 45.
Sulu Military Command said the plane was carrying assigned soldiers to their battalion. The soldiers flew from from Laguindingan to Jolo airport. "They should join us in fighting the terrorists," said Sulu Task Force Commander William N. Gonzales.
The Jolo Islands are about 950 kilometers south of the capital Manila. The plane that crashed, the Lockheed C-130H Hercules with registration number 5125, has just arrived in the Philippines.
The plane was one of two aircraft provided by the United States government (US) through the Defense Security Cooperation Agency. The agency's website quoted an air force spokesman as saying the two Hercules planes would increase the capability of missions requiring large payloads.
The C-130.net website says the aircraft of this type first crashed in 1988. This model is known for its toughness and is used by many armed forces around the world.
The Armed Forces of the Philippines has a poor record in the air. Last month the crash of a Black Hawk helicopter that crashed during a training exercise killed six people.
A C-130 crash in the Philippines in 1993 killed 30 people. The Aviation Safety Network said a Lockheed plane flown by the Philippine Air Force crashed, killing 11 people.