Delhi Police, India, seized 354 kilograms of heroin, which was found in sacks in a house in Faridabad. This is the largest foreclosure ever carried out. 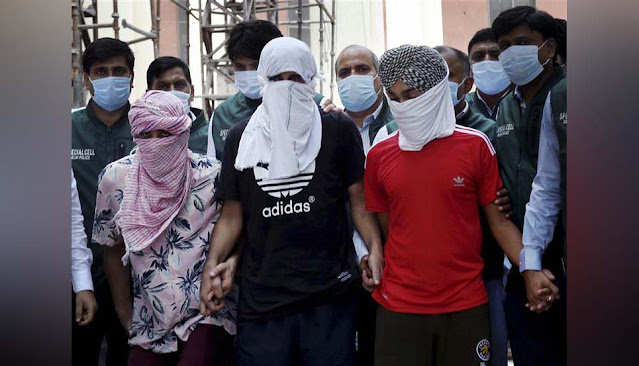 UMMATIMES - Four people were arrested in this case. Authorities are investigating the possibility of narcotics-terrorism in this case.
“Police have detained Hazrat Ali, Rizwan Ahmad, Gurjot Singh and Gurdeep Singh. Ali is an Afghan citizen. This is a drug ring spread across Afghanistan, Europe and parts of India," said Delhi Police Chief Neeraj Thakur.
During the investigation process, the Police found that these drugs came from Afghanistan, which were hidden in sacks and cartons. These illicit goods are smuggled through the Iranian port of Chabahar, then into Mumbai in the Indian state of Maharashtra, via the Lal Nehru port.
“These illicit goods are then sent again for further processing to a drug factory near the city of Shivpuri, Madhya Pradesh state. The drug, which has become heroin, is prepared by experts from Afghanistan for sale in Delhi, Punjab, Haryana, Rajasthan and Jammu, Kashmir and other areas," the Delhi authorities said.
The suspects who have been detained have given information that the mastermind behind this drug ring operates in Portugal. This case is being investigated further by the police.