Prophet Muhammad's Cartoon Maker Dies, This Is Traces of Controversy

Prophet Muhammad's Cartoon Maker Dies, This Is Traces of Controversy

Danish cartoonist Kurt Westergaard died on July 14, 2021 at the age of 86. He is a controversial artist for having made a cartoon of the Prophet Muhammad which was published in the Jylland-Posten newspaper in 2005. 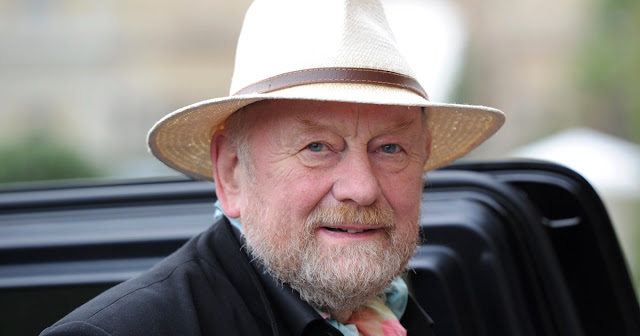 UMMATIMES - Quoting from Al-Jazeera, Kurt died in his sleep after battling illness he suffered. During his lifetime he was involved in the making of 12 cartoons published by Jyllands-Posten under the title "The Face of Muhammad".
Launching The Guardian, Westergaard's caricature at that time depicted the figure of the Prophet Muhammad with a bomb in his turban. This sparked anger among Muslims around the world at that time.
Several demonstrations against Westergaard's actions led to clashes. Danish embassies in Muslim-majority countries were attacked and dozens of people were killed.
In addition, Westergaard was once the target of violence. Various death threats made to him forced him to go into hiding. Three people were arrested by the police for plotting to kill Kurt in 2008. Among the three, one was imprisoned, one was sent to a mental hospital, and the other was deported to his home country.
The death threats didn't stop there. In 2010, Danish police arrested a man armed with a knife and ax at Kurt's home. That person was proven to have planned the murder of Kurt that day.
Various death threats that lurk made him have to live under the supervision of the Danish police for years. In fact, until the end of his life, Kurt still received death threats. Some police personnel are still often on guard around the house.
Despite the controversy for making cartoons of the Prophet Muhammad, Kurt Westergaard's track record as an artist is no joke. Reporting from the Pantheon, Kurt is ranked 893 among 1,428 leading painters in the world. Meanwhile, in Denmark, he is the 15th best painter among all the famous painters in the country.