Saudi Arabia will legalize its citizens who go to Indonesia

Saudi Arabia will legalize its citizens who go to Indonesia

The Saudi Arabian government will punish its citizens with a three-year travel ban if they visit Indonesia or any other "red list" country. The policy is part of Saudi Arabia's efforts to prevent the spread of the Corona virus and its new variants. 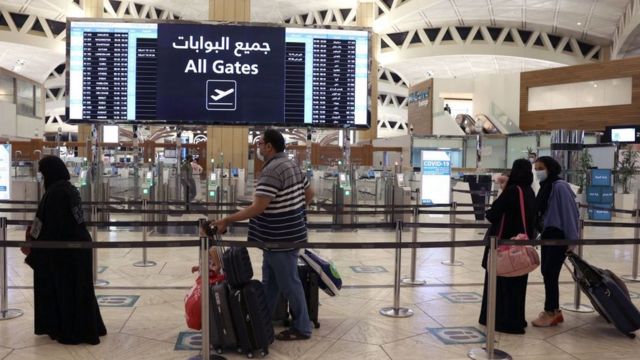 UMMATIMES - This was reported by the official SPA news agency on Tuesday (27/2), citing an interior ministry official. SPA said some Saudi citizens, who in May were allowed to go abroad without prior permission from the authorities, had violated travel rules.
"Anyone found to be involved will be subject to legal responsibility and severe sanctions upon their return, and will be banned from traveling for three years," the official said.
Saudi Arabia has banned direct travel or transit in a number of countries, including Indonesia, Afghanistan, Argentina, Brazil, Egypt, Ethiopia, India, Lebanon, Pakistan, South Africa, Turkey, Vietnam and the United Arab Emirates. It is still prohibited to travel directly or via other countries to those countries or other countries that have not yet brought the pandemic under control or where a new variant has spread," the official said.
The Kingdom of Saudi Arabia, the largest country in the Gulf with a population of about 30 million people, on Tuesday recorded an additional 1,379 cases of Covid-19 bringing the total to 520,774 cases and 8,189 deaths. The country's daily infection cases fell from a peak in June 2020 of more than 4,000 to just under 100 in early January.