The Saudi-led coalition in Yemen said Thursday it had intercepted and destroyed a bomb-laden drone fired by Houthi rebels into Saudi Arabia. 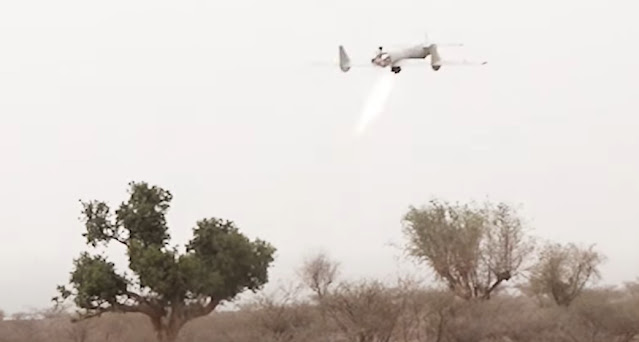 UMMATIMES - According to the coalition, the attack was the second within 24 hours. In a statement, the coalition said the drone was shot down by Saudi air defenses inside Yemen.
The statement also accused the Houthis of deliberately targeting civilian areas. So far, the rebel group has not commented on the coalition's statement.
Over the past two weeks, the Saudi-led coalition announced it had intercepted dozens of drones fired by Houthi rebels into Saudi territory.
The Houthis, who are backed by Iran, said the drone strikes were their response to the Saudi-led coalition's attacks in Yemen.
Liz Throssell, spokeswoman for the UN High Commissioner for Human Rights, said the Houthi rebels had launched 128 drone strikes and 31 ballistic missile attacks on Saudi Arabia since the start of this year.
Yemen has been beset by violence and chaos since 2014, when the Houthis overran much of the country, including the capital, Sanaa. The crisis escalated in 2015 when the Saudi-led coalition launched a massive air campaign against the Houthis.
According to the United Nations Office for the Coordination of Humanitarian Affairs, the conflict has claimed more than 233,000 lives.