Saving Lebanon from Crisis, Who is Najib Mikati?

Saving Lebanon from Crisis, Who is Najib Mikati? 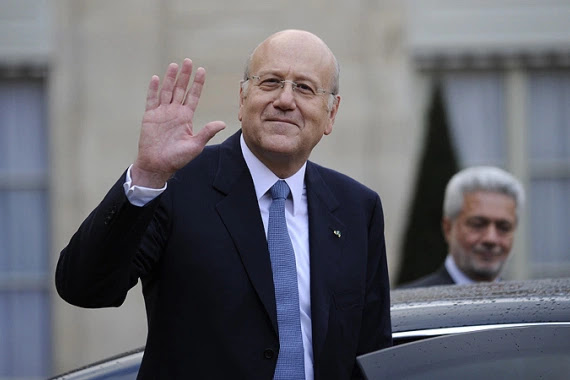 UMMATIMES - His appointment as prime minister came after veteran Sunni Muslim politician, Saad al-Hariri, withdrew from efforts to form a cabinet earlier this month, following a nine-month stalemate with President Michel Aoun, the Maronite Christian head of state.
Issues hindering Hariri's efforts to form a cabinet, including Aoun's demand for an effective veto in government, may continue to complicate the task.
The political infighting has left Lebanon without an effective government as the country has sunk deeper into economic and financial crisis.
Prime Minister Hassan Diab, whose cabinet resigned in August following the Beirut port explosion, will continue to serve in an interim capacity until a new government is formed.
Najib Mikati secured enough votes in parliamentary consultations on Monday to be nominated as Lebanon's prime minister, getting 73 votes out of 118 lawmakers, Reuters reported.
Mikati, a Sunni Muslim, was elected interim prime minister in April 2005, when protests over the assassination of Rafik al-Hariri forced Syria to withdraw its troops from Lebanon. Mikati served three months until the election was won by an alliance of Sunni, Druze and Christian parties led by Hariri's son Saad.
Mikati, 65, was nominated prime minister again in June 2011, stepping down in May 2013 and remaining in an interim capacity until February 2014.
A well-spoken Harvard graduate, he began building his Investcom business in the midst of the 1975-1990 Lebanese civil war. He sold his telecommunications stake to South Africa's MTN Group for US$5.5 billion (Rp79.6 trillion) in 2006.
In 2007 he founded the M1 Group, which owns various investment shares. This month, Norwegian telecommunications operator Telenor sold its Myanmar operations to the M1 Group for US$105 million.
Mikati served as minister of public works and transportation in three cabinets between 1998 and 2004.
Unlike many Lebanese leaders, Najib Mikati does not come from one of the many political dynasties, making him a more likely compromise candidate for Lebanon's prime minister.