Senior Cardinal Sued by Vatican for Money Laundering and Fraud

Senior Cardinal Sued by Vatican for Money Laundering and Fraud 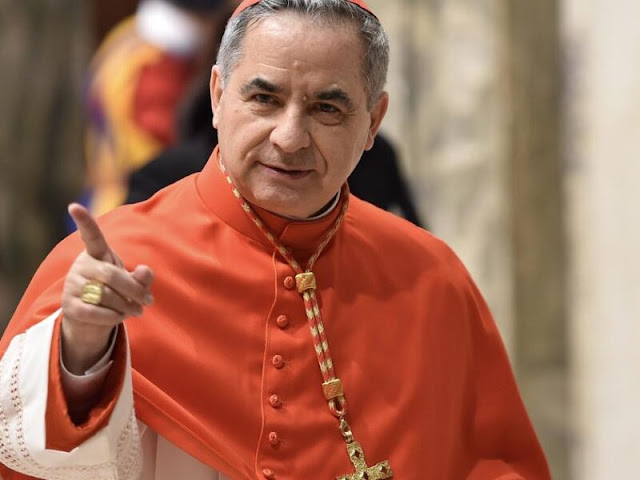 UMMATIMES - The Vatican said Becciu had committed a crime that cost the Vatican millions of euros. One of them was about the purchase of assets in London which turned out to be fictitious. Meanwhile, Beeciu will be tried by the Vatican Court on 27 July if there are no obstacles.
"I am the victim of an attempt at manipulation. I am innocent," Becciu said defensively in his press statement, the Vatican, Sunday, July 4, 2021.
The Becciu case undoubtedly confirms Pope Francis' statement about corruption within the Vatican. During this time, Pope Francis believes that there have been evil practices that abuse the Vatican's position for personal gain or the interests of a group of people.
Becciu himself, who is 73 years old, was caught abusing his authority last year. Apart from offering troubled assets to the Vatican, he also committed acts of nepotism. Pope Francis responded by dismissing him immediately.
"Pope Francis gave the green light to Becciu's conviction last week," said Becciu's case file.
Becciu was not prosecuted alone, but with his staff. One of his female staff was charged with embezzling money while his secretary, Pastor Mauro Carlino, was charged with extortion. Just like Becciu, Carlino claims his innocence.
"He acted on the orders given to him. He has also managed to save a lot of money for the Vatican," said Carlino's lawyer, who also complained that the short delay between the determination of suspects and the trial made it difficult for them to prepare a defense.
Outside Becciu's office, two Italian brokers named Gianluigi Torzi and Raffaele Mincione are also being prosecuted. They are both suspects for embezzlement, fraud, and money laundering. Specifically for Torzi, he is also a suspect in a blackmail case.
Not only people, companies were also sued by the Vatican. According to a Reuters report, two companies are in Switzerland, one in America, and one in Slovenia. However, the identities of the companies are not yet known.