South Africa (South Africa) has approved the use of the Sinovac Covid-19 vaccine. The decision was taken as the country faces the third wave of the Corona virus. 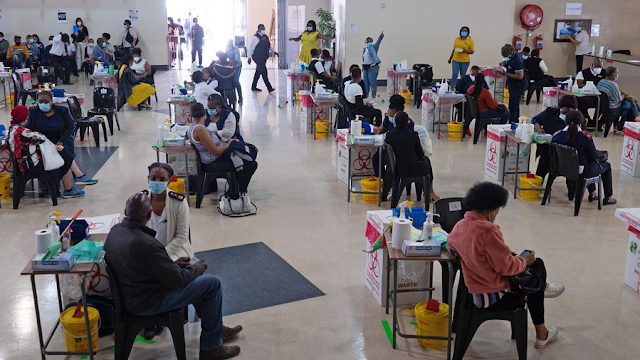 UMMATIMES - South Africa's Acting Minister of Health, Mamoloko Kubayi, appreciated the decision of the drug and food regulatory authorities in his country for this decision. This includes reducing the turnaround time for processing Sinovac applications.
"This approval comes at a time when the government is implementing an expanded and multi-pronged vaccination program to reach as many people as possible, while the number of infections continues to rise at an alarming rate," Kubayi said in a statement Saturday.
South Africa is currently facing the third wave of Covid-19. The spike in cases has left hospitals there, especially in the capital Johannesburg, overwhelmed by a flood of patients. Health workers are struggling to provide enough beds for patients in critical condition.
More than five percent of South Africans, or about 3.3 million people, have been vaccinated. Currently the country has recorded two million cases with a death toll of over 60,000. However, health experts suspect the number of cases there is higher. Because the level of testing in rural areas is still low.
After initial hesitation due to lack of transparency in clinical trial data, Sinovac Biotech's vaccine emerged as a surefire option. Data from Uruguay released last month showed that it was more than 90 percent effective in reducing intensive care admissions and deaths.