Scientists have used climate modeling to confirm that burning fossil fuels makes extreme heat waves in parts of the US and Canada hotter and more likely. 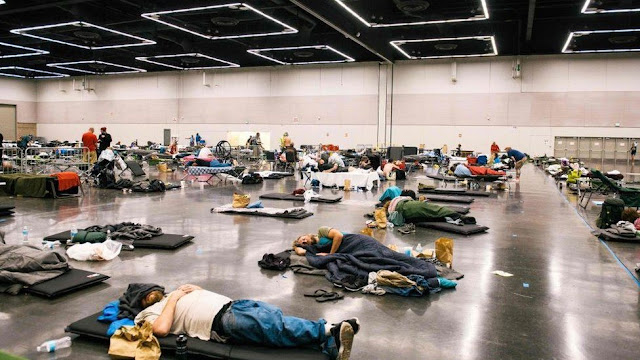 UMMATIMES - When a heat wave began to hit Canada and the United States (US) in late June, scientists said burning fossil fuels had changed the climate enough to make extreme temperatures worse.
A study released by an international team of 27 scientists from the World Weather Attribution (WWA) revealed that global warming makes the hottest day of a North American heatwave 150 times more likely and 2 degrees Celsius hotter.
In the study, scientists used modeling to rapidly assess the role of greenhouse gas emissions in exacerbating extreme weather.
Temperatures in several parts of the US and Canada, specifically in Oregon, Washington and British Columbia, managed to record records, reaching 49.6 degrees Celsius. Researchers say these high temperatures are "nearly impossible" without climate change.
"We are entering uncharted territory," said study co-author Sonia Seneviratne, of the Institute for Atmospheric and Climate Science at ETH Zurich in Switzerland. "Much higher temperature records will be achieved if we do not succeed in stopping greenhouse gas emissions and halting global warming," he added.

How does climate change affect heat waves in the Pacific Northwest? 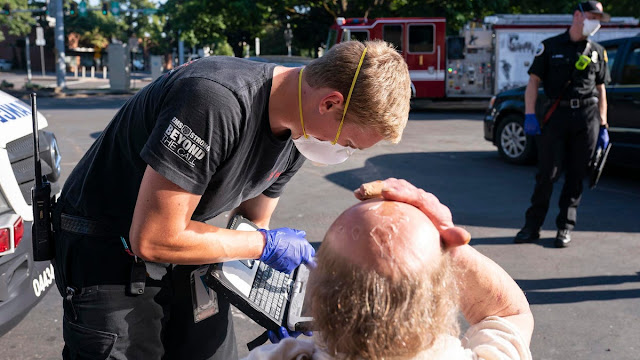 The record temperatures in the US and Canada have left researchers struggling to know exactly how often such heatwaves will occur. Their best guess is once every thousand years under current climatic conditions. They found two theories about how the temperature got so hot.
One is that the combination of pre-existing droughts and unusual atmospheric conditions — the hot dome of warm air trapped by the jet stream — combined with climate change is causing temperatures to rise drastically.
Another, more troubling possibility is that the climate system may have crossed a threshold, so that a small amount of warming is pushing temperatures up more rapidly than previously observed. If that's true, then such a record-breaking heatwave is likely to be more likely than climate models predict.
"What we're seeing is unprecedented," said study co-author Friederike Otto, of the Institute for Environmental Change at the University of Oxford. "This is such an extraordinary event that we cannot rule out the possibility that we experienced extreme heat today that we previously only expected at higher rates of global warming."

Climate change has made heatwaves hotter, longer, and more frequent. By burning fossil fuels — which release gases that trap the sun's heat like a greenhouse — humans have warmed the planet by about 1.1 degrees Celsius above pre-industrial levels. This increases the chances of record-breaking heat.
Lytton, a village in the Canadian province of British Columbia, broke the country's heat record on July 2 when temperatures soared nearly 5 degrees Celsius above the previous record of 45 degrees Celsius. The next day Lytton was hit by a forest fire.
"We are a small, rural, indigenous, low-income community and we are on the cutting edge of climate change," said Gordon Murray, a resident who fled Lytton.

How do heat waves affect health?

The heat wave, which has become one of the deadliest natural disasters in recent years, has a devastating effect on the human body. Hot weather worsens health conditions such as heart disease, lung, kidney, and diabetes. This is especially dangerous for the elderly, young children, construction workers, and the homeless.
The Pacific Northwest is accustomed to a mild climate and frequent rains, and fewer people have air conditioning than in the southern states. In Oregon, authorities estimate that 107 people, mostly 60 years of age or older, died from heat-related causes during a heatwave.
Because temperatures in Oregon remain high overnight, people are unable to cool off and recuperate, said Brandon Maughan, an emergency medicine physician at Oregon Health and Science University in Portland. Portland is the largest city in the state of Oregon and has experienced searing heat for three days in late June, peaking at 46.7 degrees Celsius.
"A lot of people assume they're going to suffer like they did the previous summer. And this is fundamentally different," Maughan said.
Maughan explains, in an average year Oregon hospitals treat many people for heat exhaustion, but few people present with more serious heatstroke symptoms. "We've only seen more of it this year."
A study published in the journal Nature Climate Change in May found that 1 in 3 heat-related deaths during the summer since 1991 could be attributed to climate change.
The North American heatwave shows that "current adaptation systems are not prepared for such an extreme event," said Ana Vicedo, group leader for climate change and health at the University of Bern in Switzerland, and co-author of the study.
In 2003, in Europe, a summer heatwave that was twice as likely to result from global warming killed more than 70,000 people. Meanwhile in Paris, climate change increased the risk of heat-related deaths by up to 70%, leading to more than 500 deaths.

How to stay cool during a heat wave

People can stay calm by looking for places with roofs or air-conditioning for shelter. In addition it is recommended to drink plenty of water and keep an eye on elderly and vulnerable neighbors.
This challenge can be more difficult in large cities, where concrete buildings and asphalt roads absorb heat and raise temperatures higher than in the surrounding countryside. In this case, local governments can reduce the burden by designing cities with more trees, parks, and waterways.
Although people can adapt to hotter temperatures, scientists emphasize that climate policy to stop emissions is a factor that will determine the length, strength and frequency of heat waves.
In 2015, world leaders pledged to limit global warming to below 2 degrees Celsius above pre-industrial levels. However, their current policy would instead heat the planet by around 3 degrees Celsius, according to Germany-based research group Climate Action Tracker.
The WWA study also found that global warming of 2 degrees Celsius would make heat waves like the one in North America very likely every 5 to 10 years.