An Afghan official said the commander of the anti-Taliban militia would assist Afghan forces in confronting the group. The commander will help recapture parts of western Afghanistan including the border with Iran. 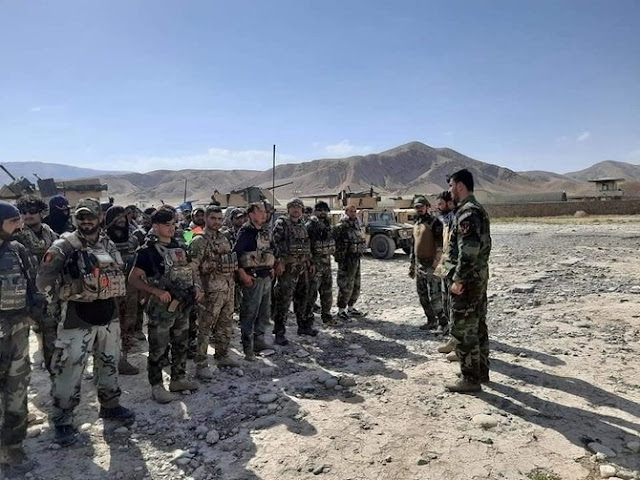 UMMATIMES - The Taliban seized a key district in Herat province home to tens of thousands of the minority Shia Hazaras on Thursday (8/7). The hardline Sunni group wants to expel Afghan troops there and take control of border towns and important trade routes.
The commander is known as Mohammad Ismail Khan. He is a former minister and survivor of the 2009 Taliban attack. Khan is a former key member of the Northern Alliance, the armed militia that helped US forces topple the Taliban in 2001.
On Friday (9/7) an Afghan official said the veteran Tajik commander, Ismail Khan, known as the Lion of Herat, was scheduled to hold a meeting to prepare for his attack against the Taliban. He will maintain his dominion in Herat.
The official added that several anti-Taliban commanders were also assisting the overwhelmed Afghan forces against the Taliban on the Western and Northern borders.
The Afghan government and the Taliban have not disclosed details about the fighting in Herat.
Political members of the Taliban visited Moscow to confirm their commitment to the Russian government to allow foreign embassies and humanitarian organizations to operate in Afghanistan. Even though foreign troops have left the country.
"Currently all IEA-controlled borders will remain open and functioning, we assure you all, we will not target diplomats, embassies or consulates, non-profit organizations and their staff," tweeted Taliban spokesman Suhail Shaheen.
US President Joe Biden has defended his decision to withdraw US troops from Afghanistan even though large parts of the country have returned to Taliban control. He said the Afghan people themselves must determine their future and will not give up the next generation of Americans to a war that has lasted 20 years. Biden has decided to withdraw US troops on August 31. There are still 650 troops in Kabul guarding the embassy.