The media government is wary of the condition of its officials in Afghanistan as the Taliban's power is growing there. Quoted from Reuters news agency, the Government of India decided to withdraw officials and employees from India who served at the consulate, Kandahar, Afghanistan. 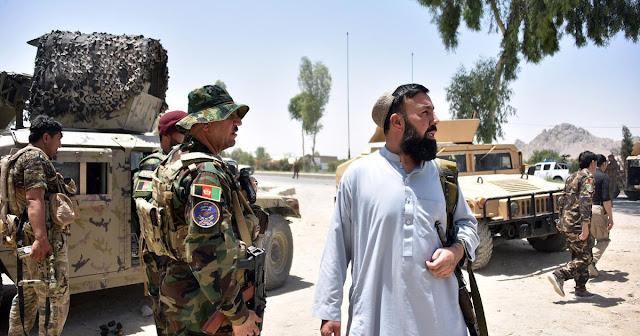 UMMATIMES - According to the Government of India, the situation in Kandahar is actually still under control. However, tensions in the area around Kandahar are starting to be felt. This is the reason behind the withdrawal of personnel in one of Afghanistan's largest cities.
"Due to the increasingly intense fighting near Kandahar, we have temporarily withdrawn all personnel from India," said a spokesman for the Indian Ministry of Foreign Affairs, Arindam Bagchi, Sunday, July 11, 2021.
The Indian government has not been able to reveal how long it will take officials and consulate employees to withdraw from Kandahar. They only said they would continue to monitor the development of the situation and conditions in Afghanistan.
On Friday, the Taliban claimed control of 85 percent of Afghanistan. The Taliban said it would continue its operations to expand its territory in Afghanistan.
In the past week, the Taliban have invaded a number of areas in Afghanistan bordering five countries, namely Iran, Tarjikistan, Turkmenistan, China and Pakistan. The attack was carried out by the Taliban following the withdrawal of military personnel from America and NATO and the deteriorating domestic security situation.