The Taliban are currently reported to have controlled more than two-thirds of the border area of ​​Afghanistan and Tajikistan. This was confirmed by the Russian Foreign Ministry on Friday. 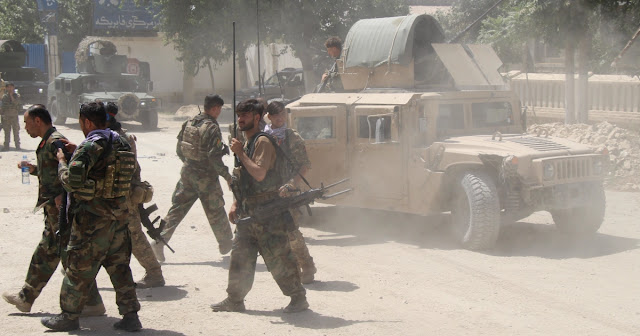 UMMATIMES - The ministry called on all parties to the Afghan conflict to exercise restraint, saying that Russia and the Moscow-led military bloc CSTO will act decisively to prevent aggression and provocations at the border.
Earlier on Wednesday, Tajikistan had asked members of the Russian-led military bloc to help it face the security challenges emerging from Afghanistan. The security situation in Afghanistan reportedly continues to deteriorate after foreign troops withdrew after 20 years of war. Hundreds of Afghan soldiers have also fled the Taliban by crossing the border into Tajikistan.
A Tajikistan official urged the Collective Security Treaty Organization (CSTO), which includes Russia and five other ex-Soviet states, to step in to deal with the chaos at the border. According to the official, Tajikistan would not be able to deal with the instability on its borders without external help.
"Given the current situation on the border, plus the geographical conditions surrounded by mountains, facing this challenge alone seems difficult," said Hasan Sultonov, Tajikistan's representative at CSTO, as reported by Reuters.
Sultonov's comments came after Russian Foreign Minister Sergei Lavrov said Moscow was ready to use its military base in Tajikistan (one of the largest abroad), to ensure the security of its allies in the region.
"We are closely watching what is happening in Afghanistan, where the situation is likely to deteriorate rapidly, including against the backdrop of the hasty exit of American and other NATO troops," Lavrov said.
"We will do everything we can, including using the capabilities of the Russian military base on Tajikistan's border with Afghanistan, to prevent aggressive attacks against our allies," Lavrov said. Meanwhile, Tajikistan's President Emomali Rakhmon has ordered the mobilization of 20,000 reservists to strengthen his country's border with Afghanistan.