Somali health officials said a massive explosion in the capital Mogadishu killed at least nine people and injured eight others. Dr. Mohamed Nur at Medina Hospital said the number was only victims who were taken to the hospital where he worked. 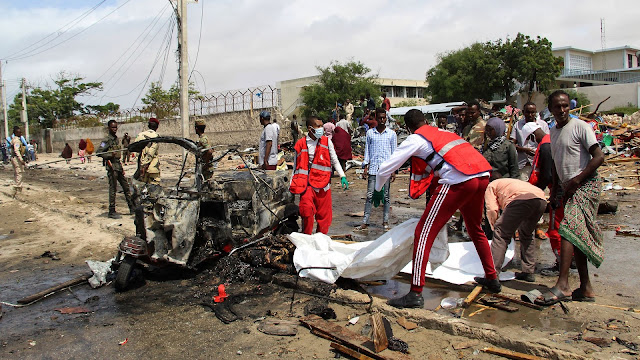 UMMATIMES - "I believe the number will be even higher because a number of victims were taken to other hospitals such as private hospitals," he said, Saturday (10/7).
The terrorist group al-Shabab claimed responsibility for the attack. Somali police said the attack targeted Mogadishu Police Commissioner Colonel Farhan Mohamud Qaroleh, but he survived.
"A high-explosive car suicide bombing by the al-Shabab terrorist group targeted the Mogadishu police commissioner," said police spokesman Sadiq Adam Ali.
"They attacked the Mogadishu police commissioner's car," Adam Ali added.
This explosion is the second major explosion to occur in the capital this month. Last week, an explosion that targeted a test shop killed 10 people. Last month a suicide bombing that attacked a military base in Mogadishu killed at least 15 people.