Despite their different situations, Syria, Iraq, and Lebanon today share a common situation that unites them: experiencing a power crisis in the scorching summer heat. 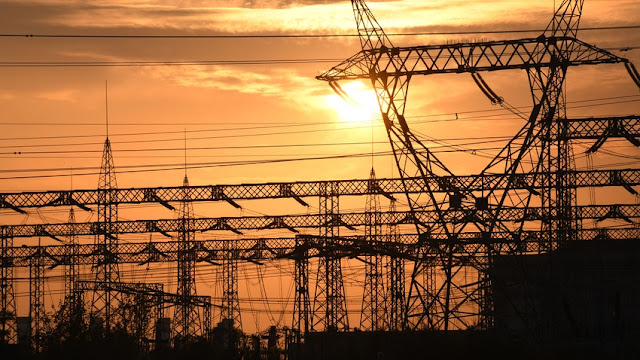 UMMATIMES - Iraq is an oil rich country, but its oil is not enough to free the country from "darkness". The city of Baghdad is now experiencing dark nights without electricity, following a blackout in the national power grid in all local government offices, except for the Kurdistan region.
Iraq is the second largest producer of crude oil among OPEC member countries, with an average daily output of 4.6 million barrels per day. In addition, it is one of the largest gas producers which has recently risen to the global market scene.
Baghdad's story is summed up in these figures: Iraq produces 19,000 megawatts, well below its 26,000 megawatt needs in winter, and more than 30,000 megawatts in summer.

The electricity crisis in Iraq comes amid public calls to open an investigation into the results of an investigative committee set up by the country's parliament in December 2020, which revealed US$81 billion in electricity spending since 2005, with no significant increase in services.
With the darkness deepening from the electricity crisis, Iraq's Minister of Electricity, Majid Hantoush, submitted his resignation earlier this month to Prime Minister Mustafa Al-Kazemi without providing a solution.
The Iraqi government is trying to overcome the crisis by allocating 50 billion Iraqi dinars (USD45 million) to repair damaged power towers.

From Baghdad to Damascus

The situation in Damascus is no better than in Baghdad, where the average daily demand for electricity in Syria is 6,500 megawatts, rising in summer to 7,000 megawatts, while local production volumes do not exceed a third.
Meanwhile, the country was forced to cut off electricity for about 8 to 10 hours per day in order to distribute the load to all regions.
Syria's Minister of Electricity Ghassan Al-Zamil told local media on June 30 that the increase in the number of hours of blackouts was due to the country's shortage of gas and fuel.
Al-Zamil also spoke before the Syrian parliament in early November about what he called the "great pain" of securing gas and fuel to operate the power plant.
Gas production ranges from 9-10 million cubic meters, while the actual demand is 18 million cubic meters. Meanwhile, fuel oil is currently between 5 and 6 million cubic meters per day, while the demand for fuel reaches 10 million cubic meters per day.

As for Lebanon, this is nothing new in the power crisis situation. This condition is exacerbated by the severe financial crisis that hit the country for almost the last two years due to the currency crisis.
The exchange rate in the country is more than 19,000 pounds or Lira per US dollar on the black market, while the official price, according to the Lebanese Central Bank, is 1,510 pounds, which is the reason for the scarcity of the dollar in the local market.
The floating power station leased by the government stopped production last May, providing around 400 megawatts per day.
The ships were withdrawn due to a dispute with the Lebanese government, which did not pay the $150 million due for 14 months. The judicial dispute occurred over a corruption case and commission payments at the signing of the contract in 2013.
This month, Lebanese President Michel Aoun issued an urgent approval amid the crisis to withdraw loans used to buy needed fuel.
Lebanon imported about $900 million in fuel for power generation in 2020, amid the erosion of the central bank's foreign exchange reserves from $40 billion to $16 billion.