Residents of the Japanese capital, Tokyo cast their ballots in the municipal assembly elections. The vote was held 19 days before the Olympics. 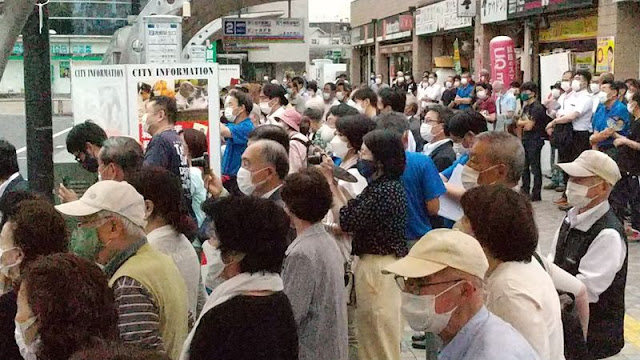 UMMATIMES - Polls show Prime Minister Yoshihide Suga's Liberal Democratic Party (LD) is predicted to win the election. The election, which is overshadowed by the coronavirus pandemic, will not have much impact on the 2020 Olympics.
The Japanese government has decided to hold the biggest sporting event in the world. But the election in the capital could have a bearing on the lower house parliamentary elections to be held in October.
Suga's term in office for Shinzo Abe's remaining term ends in September. Analysts say his party's strong showing in Tokyo could prompt him to return to office.
The head of the ruling LDP in parliament is confirmed to be prime minister. But a number of people expressed dissatisfaction with the party.
"I want to give my voice to someone in the opposition because I don't support the current (national) government, they are desperate in dealing with the coronavirus pandemic, I don't see their determination to overcome the virus," 80-year-old Noriko Ushimaru said Sunday (4 /7).
He said the plan to continue holding the Olympics and the lack of supply of a Covid-19 vaccine showed the government's steps were not sufficient in dealing with the pandemic. Voting closes at 20.00 and the results will be known the same night.
Kyodo news agency reported the turnout was estimated at 9.33 percent or 5.15 points lower than the previous vote. A Yomiuri Shimbun newspaper poll showed 23 percent of respondents said they would vote for a candidate from the LDP.