The world's most popular news channel all day yesterday, Tuesday, July 6, 2021, started with Germany's policy of opening its doors to tourists from four countries. Next, Russia is discussing the production of the Sputnik V vaccine in Indonesia and the latest news is that Japan is ready to defend Taiwan if it is attacked by China. 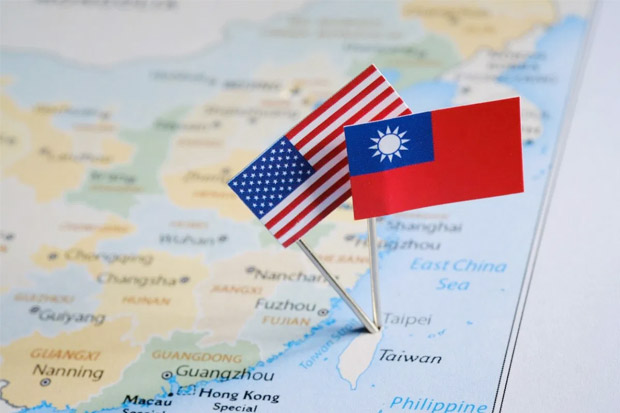 Starting tomorrow, tourists from England to India are free to enter Germany

Germany has relaxed entry to four countries, namely the UK, India, Portugal and Russia. The German Public Health Institute said these countries were no longer in the category to watch out for due to the new corona variant.
According to the Robert Koch Institute, with the new policy, citizens of the four countries can travel to the country and undergo a 10-day quarantine. The quarantine period can be shortened to five days if they test negative for Covid-19.
"If you have spent time in a high-incidence area prior to entry, testing for COVID-19 should not be taken earlier than five days after arrival," the agency said on its website.
Before the classification was changed, travelers from the four countries were barred from entering unless they were German residents. Travelers must also undergo a 14-day quarantine upon arrival.
The decision is effective from Wednesday, 7 July 2021. German Chancellor Angela Merkel said on Friday last week that Britons who have had two Covid-19 vaccinations will soon be able to travel to Germany without having to be quarantined on arrival.

Japan is ready to defend Taiwan if attacked by China

Japanese Deputy Prime Minister Taro Aso expressed the view that his country needs to defend Taiwan alongside the United States if the island is invaded. Aso's comments could upset Beijing, which sees Taiwan as a secessionist province.
China has never ruled out using force to keep Taiwan united with mainland China. Not long ago, China conducted military exercises to cross the Taiwan strait. As a result, tension was inevitable.
"If a big problem occurs in Taiwan, it would not be an exaggeration to say that it is related to survival (for Japan)," Aso said, as reported by the Kyodo newspaper.
The phrase 'a situation that threatens survival' refers to a condition in which an armed attack occurs against a foreign country that has close ties to Japan. The attack could pose a threat to the survival of Japan.
Such a situation is one of the conditions for Japan to be able to exercise its rights in collective self-defense or assist Japanese allies who are under attack. "We need to think that Okinawa could be next," Aso said.

Sputnik V Vaccine Will be Produced in Indonesia, BPOM to Russia to Review Factory

Foreign Minister Retno Marsudi said Indonesia and Russia were exploring cooperation in the production of the Sputnik V vaccine, which is used for the corona vaccine. The two countries are finalizing a memorandum of understanding (MoU) on health cooperation to produce the vaccine.
To explore this cooperation, according to Retno, the Head of the Indonesian Food and Drug Supervisory Agency (BPOM) Penny Lukito has visited Russia to see firsthand the Sputnik V vaccine production facility.
Since the beginning of the pandemic, said Retno Marsudi, the two countries have worked together to overcome the corona virus. Cooperation, among others, through the delivery of anti-virus drugs and medical equipment from Russia.
"President Joko Widodo and President (Russia) Vladimir Putin had a telephone conversation in March 2020 regarding cooperation in handling the pandemic," said Retno.