The three most popular news in the World's Top 3 all day yesterday, Thursday, July 29, 2021, started from Chechnya which prohibited its citizens who had not been injected with the Covid-19 vaccine from entering mosques and public facilities. This effort is to stem the spread of the Covid-19 virus.
UMMATIMES - Other news is that Russia has warned of the threat of ISIS in Afghanistan thereby strengthening its military bases in the Tajiks. The last is assistance for Sydney residents who have been affected by the lockdown. Here's the full news:

The Republic of Chechnya has banned everyone who has not received the Covid-19 vaccine from entering mosques, shops and using public transport, in a bid to encourage mass Covid-19 vaccinations. 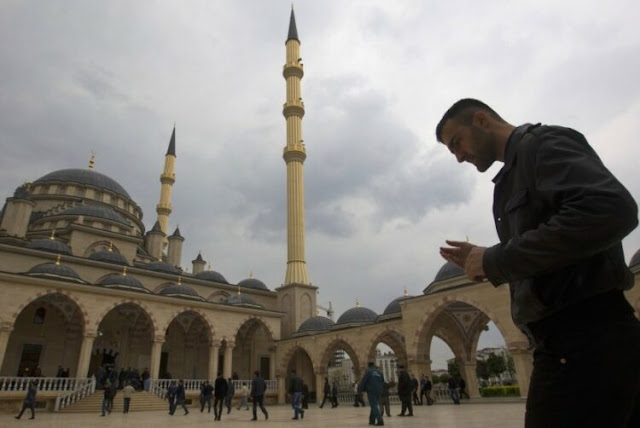 The new rules, some of the strictest in the country, were announced by Chechen Deputy Prime Minister Vakhit Usmayev on Monday.
"If you go to a mosque, you must have a vaccination certificate," he said, noting that inspections would also be carried out at retail outlets, sporting events and entertainment facilities, quoted from RT, July 28, 2021. Those who use public transportation will also be asked to be vaccinated and wear a mask.
On the same day, the regional health minister, Elkhan Suleimanov, announced that 60% of the region's adult population had received the first dose of the Covid-19 vaccine, making it the first region in the entire country to achieve this target, towards herd immunity.
Writing on Telegram, Chechen leader Ramzan Kadyrov encouraged everyone to get vaccinated, calling vaccines the only way to contain the pandemic. Kadyrov urged local residents to listen to the advice of medical professionals.
"We have an obligation to handle this matter responsibly and protect our citizens from dangerous infections," he wrote. "I emphasize that we should not stop at the 60% figure, but vaccinate the entire adult population!"
Mass vaccination against Covid-19 has been taking place in Russia since January 18 but has increased in recent months.
After President Vladimir Putin refused to make vaccination mandatory, the decision on vaccination policy is now in the hands of regional heads. Many regions of the Russian Federation now force workers in certain sectors, such as catering and transportation, to be injected.
Vaccination in Russia is free, and citizens have a choice of four domestically made Covid-19 vaccines including the Sputnik V, Sputnik Lite, EpiVacCorona, and CoviVac vaccines.

Russia on Wednesday said it had increased the combat capabilities of its military base in Tajikistan and trained local soldiers because of the threat of ISIS militants moving into Afghanistan. 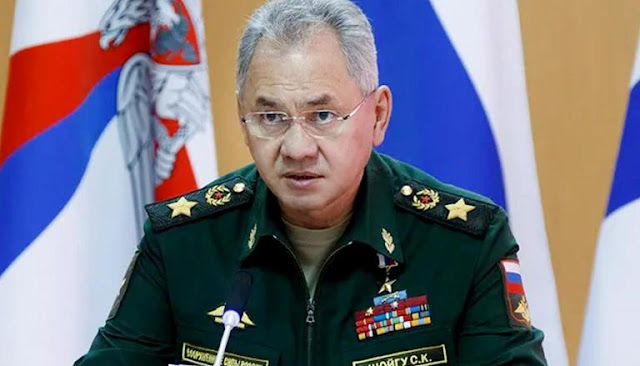 Russian Prime Minister Sergei Shoigu, who visited Tajikistan on Wednesday to discuss security, said the security situation in Afghanistan had worsened since the US troop withdrawal.
The withdrawal of foreign troops from Afghanistan has prompted Russia to set up security at the back door of its border, Tajikistan.
In particular, Russia said it was concerned about ISIS elements thriving in northern Afghanistan.
Shoigu said that ISIS militants were moving into Afghanistan from Syria, Libya and several other countries.
"Moreover, in some parts, we can also see that these movements are organized quite seriously," Shoigu was quoted as saying by RIA news agency.
Shoigu said the US troops were leaving in a hurry, and as a result Russia must now train Tajikistan military personnel at Russian military universities and facilities affiliated with the military bases it operates in Tajikistan.
"We provide everything needed for military training," Shoigu said.
"We are increasing our attention to strengthening the combat capabilities of our military bases and perfecting plans to jointly repel any possible infiltration of rebels," he said.
A senior Russian diplomat said Moscow views the Taliban's gains in northern Afghanistan as a security boost as the group antagonizes what Russia sees as more dangerous Islamic extremists.
Russia will hold military exercises on Aug. 5-10 near the Afghan border, which will involve more than 1,000 Russian troops as well as Uzbek and Tajikistan troops.

3. Unemployed Sydney Residents Due to Lockdown AU$ 750 Per Week

The Australian government provides benefits to Sydney residents affected by the lockdown. Residents who lose more than 20 hours of work per week will receive an additional AU$150 per week. Meanwhile, those who lose working hours of less than 20 hours per week will receive an additional AU$75 or around IDR 800 thousand per week.
Australian Prime Minister Scott Morrison has also allocated a budget for those who have lost their jobs due to the lockdown. For people who have lost most of their income, the government will provide assistance of AU$750 per week or around Rp. 8 million. Meanwhile, those whose income is partially reduced will receive AU$450 per week or around Rp. 4.8 million.
Payments will be made starting early next week. However, if there is another lockdown in the future, assistance will be available from the first week.
In addition, the government has also prepared assistance for those who have been receiving welfare benefits such as youth allowances and caregiver allowances. The amount is AU$ 200 per week or more than IDR 2 million if you lose more than eight hours of work.
"The priority is making sure we're there to support those who need help," Morrison said.
The provision of disaster assistance, according to Morrison, will add to the burden of the federal government's budget by $750 million, or about Rp. 8 billion a week.
The new disaster payout amounts are similar to the JobKeeper scheme. However, Morrison said he would not reintroduce the JobKeeper scheme. "That's not the right solution right now," Morrison said.
Previously, New South Wales NSW and the federal government had announced allowances for businesses affected by the lockdown of AU$100,000 per week or around Rp. 1 billion.