The World's Top 3 News on Saturday, 17 July 2021, starting from Singapore. Some residents in Singapore prefer the Sinovac vaccine over vaccines that use mRNA such as Pfizer and Moderna. 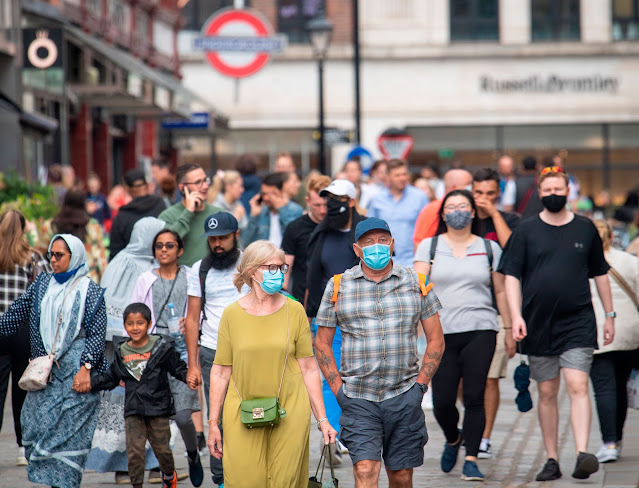 UMMATIMES - The next news is New York releases dozens of goats to eradicate weeds. Lastly, the delta variant of the Covid-19 virus that dominates in 100 countries. Here's the full news:

Some Singaporeans prefer Sinovac's Covid-19 vaccine over mRNA vaccines such as Pfizer - BioNTech and Moderna. Even though the Sinovac vaccine is not included in the government program.
Singapore provides more effective injections of mRNA produced by Pfizer - BioNTech and Moderna. The vaccine is free under the national vaccination program.
However, thousands of people chose to pay S$25 for the CoronaVac COVID-19 vaccine from Sinovac.
"I personally don't trust the (mRNA) results, compared to something traditional, which has been used for more than 100 years," said Tan Bin Seng, a retired Singapore doctor. He prefers the Sinova vaccine that uses an inactivated virus.
Some people have no regrets about using a vaccine made in China, which is based on more established technology. The reason is that there are few Covid-19 cases in Singapore. They say they lack confidence in the long-term safety of the newly developed messenger RNA (mRNA) vaccine.
Infectious disease expert Leong Hoe Nam said many locals had signed up at the Rophi Clinic for the Sinovac vaccine. On average, those who signed up were in their 60s and voiced such fears. Moreover, news circulated on social media about the side effects of the mRNA vaccine.
European drug regulators last week said they had found a possible link between a very rare heart inflammation and COVID-19 mRNA vaccines from Pfizer - BioNTech and Moderna. Likewise in the United States. But both Europe and the US agree the benefits of injections far outweigh the risks.
So far most regulators are concerned about the efficacy of Sinovac and few have reported side effects.

2. New York Releases Dozens of Goats to Get Rid of Weeds in City Parks

Twenty-plus goats from a farm in rural New York state were released in Manhattan's Riverside Park on Wednesday to munch on weeds that spread across the city park. 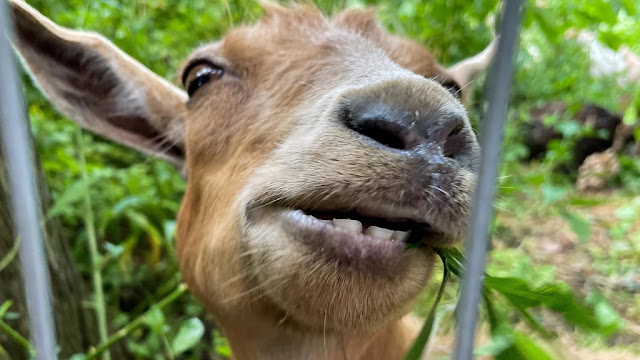 With their cell phones on, onlookers huddled around the fence and recorded video as hungry black, brown and white goats were herded in the 'Running of the Goats' ceremony to begin their stint as natural weed killers.
"They eat Japanese knotweed, they eat porcelain berries, they snack on multiflora roses, they easily traverse hard-to-reach terrain behind me and ingest poison ivy without a second thought," said Dan Garodnick, president and CEO of the Riverside Park Conservancy. Reuters, 16 July 2021.
"Putting them to work at 'Goatham' is like treating them to an all you can eat buffet. It's healthy for the goats and good for the environment," he said.
Using goats to remove invasive weed weed species in New York city park Riverside Park is an eco-friendly win-win solution, where goats can feast on the bush and the Riverside Park Conservancy doesn't have to use chemicals to remove weeds.
"As funny as they are, not only can they eat a lot of their body weight, but they will actually neutralize the seeds so they won't grow back next year," said Jordon Martins-Cihanek, son of the owner of the Green Goats farm in Rhinebeck.

The US Government's Chief Medical Advisor, Anthony Fauci, said that the Delta variant of COVID-19 has become the dominant variant in the world. Based on the data he has, the variant originating from India has been circulating in 100 countries.
"We are dealing with a really dangerous variant," Fauci said, quoted by Reuters news agency, Friday, July 16, 2021.
The impact, according to Fauci, has already been felt by America. The number of COVID-19 cases in Uncle Sam's country rose 70 percent in the past week. This was followed by a 26 percent increase in the death rate compared to the previous week.
More specifically, the weekly average for the daily number of cases rose to more than 26,000. This figure is much higher than the lowest figure (for the same category) in June, which was 11,000 cases.
Director of the American Centers for Disease Prevention and Control, Rochelle Walensky, confirmed Fauci's statement. He said the Delta variant had a major impact on the pandemic situation in America. In areas with low vaccination rates, Walensky said, the Delta variant causes outbreaks.
"This has become a pandemic for those who have not been vaccinated. 97 percent of residents who are hospitalized for COVID-19 today are those who have not been vaccinated," said Walensky.