During the weekend Tempo Dunia presented a number of the latest issues including the Taliban guerrilla in Afghanistan, the Tomohon Market in Manado which was highlighted by foreign media for selling bats, and Indonesia which had secured 119 million Covid-19 vaccines. 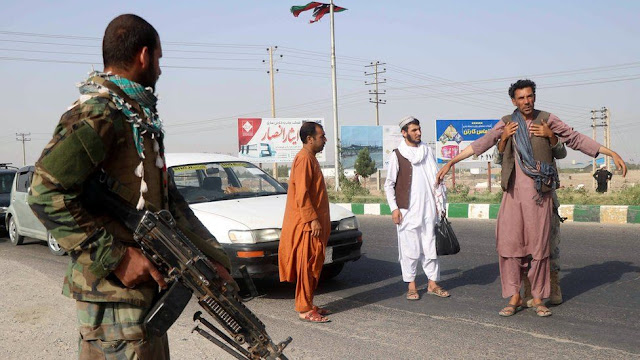 On Thursday the Taliban seized a district in western Afghanistan that borders Iran. The occupation of the district was the Taliban's attempt in the past month as foreign troops began withdrawing from the country.
In the past week, the Taliban have invaded a number of areas in Afghanistan bordering five countries, namely Iran, Tarjikistan, Turkmenistan, China and Pakistan. The incursion by the Taliban follows the end of two decades of intervention by foreign forces and a deteriorating domestic security situation.
Reuters reports that heavy fighting has also taken place between Taliban militants and the Afghan army in the northern province of Balkh, which borders Uzbekistan. Two senior officials in Afghanistan said Islam Qala, the border region of Afghanistan and Iran, located in Herat province, had already fallen into the hands of the Taliban. Afghan soldiers and customs officials there have fled the border.

The British foreign newspaper, The Independent, highlighted the sale of live bats, rats and dogs at the Tomohon Market, North Sulawesi, which has become controversial amid the spread of the coronavirus.
The coronavirus is believed by scientists to be caused by mammals such as bats that spread from a traditional market in Wuhan in 2019. Chinese authorities have closed the Huanan Market in Wuhan and banned the sale of live animals in an effort to clean up the country's reputation after the coronavirus outbreak.
However, the sale of wild animals for consumption, such as in Wuhan, was also found in Sulawesi. The sellers still offer live animals such as bats, mice, pigs, dogs, snakes, frogs, chickens and ducks for consumption.
Animal welfare organization Four Paws conducted an investigation in Sulawesi. According to their sources, the market continues to run normally amidst the pandemic. This is contrary to the statement of the World Health Organization WHO which calls for the sale of live animals to be stopped.

At a press conference Friday, July 9, 2021, Indonesian Foreign Minister Retno Marsudi said that Indonesia had secured more than 100 million doses of the Covid-19 vaccine.
Foreign Minister Retno reminded that the COVID-19 pandemic was far from over. He cited the WHO statement that no country has yet won the battle against the coronavirus.
He also said a spike in cases also occurred in countries that have succeeded in reducing the number of cases and deaths over the past few weeks, including Indonesia.
Indonesia has secured and received 119,735,200 doses of the Covid-19 vaccine from bilateral and multilateral cooperation.