The supreme leader of the Taliban, Mawlawi Hibatullah Akhundzada, on Sunday called for his desire to make peace from the ongoing conflict in Afghanistan. This, he said, was during the intra-Afghan negotiations in Doha. 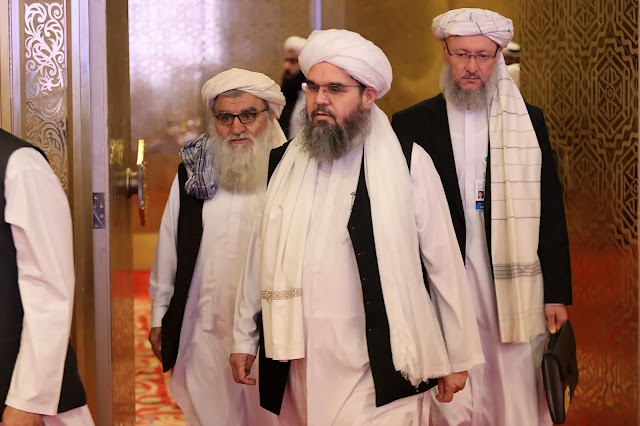 UMMATIMES - In his annual Eid al-Adha message, Mawlawi Hibatullah Akhundzada claimed the Taliban had become stronger, and organized. In fact, equipped with good equipment, and more powerful compared to the past after the withdrawal of foreign troops.
Taliban leaders also pledged to seek good and strong diplomatic, economic and political ties with the US. "We assure all foreign diplomats, embassies, consulates, humanitarian organizations and investors that they will not face any problems from our side, but rather we will exert all efforts for their protection and security," Hibatullah said. 7).
The Taliban chief's statement referred to the more than 150 districts controlled by the Taliban since President Joe Biden announced plans for a US withdrawal in May. The Taliban leader also stated that the Taliban supports a political settlement in the country, and vowed that any opportunity to establish a system would be fully exploited.
“We have opened the Political Office for ease of negotiation and political paths, have appointed an authoritative negotiating team, and are committed to finding a resolution through talks on our side, but unfortunately, the opposition is still wasting time. Our message remains, instead of relying on foreigners, let's solve our problems among our own people and save our homeland from the existing crisis," he said.