It was reported that a Manhattan grand jury filed charges against the Trump Organization and Allen Weisselberg on Wednesday. Former US president Donald Trump is not expected to be charged in this case. 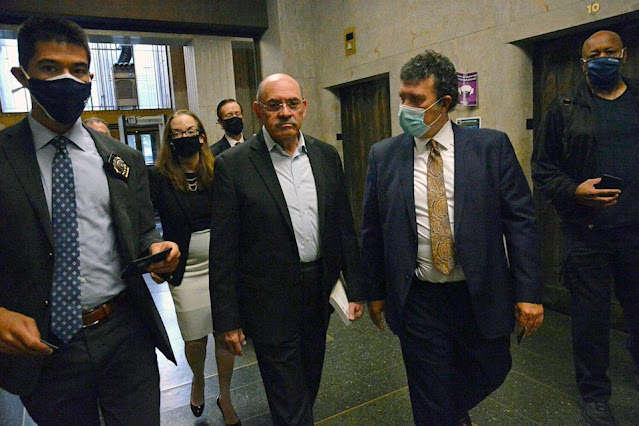 UMMATIMES - Trump Organization Chief Financial Officer (CFO) Allen Weisselberg turned himself in to the Manhattan District Attorney's Office early Thursday morning as the veteran accountant and the Trump Organization face criminal charges for alleged tax crimes, according to media reports. local.
It was reported that a Manhattan grand jury filed charges against the Trump Organization and Weisselberg on Wednesday (30/6). Weisselberg and the Trump Organization will be indicted Thursday in lower Manhattan court. Former US president Donald Trump is not expected to be charged in this case.
The lawsuit is the result of a multi-year investigation by the office of Manhattan District Attorney Cyrus Vance Jr., who is not running for re-election and will leave office at the end of 2021.
Vance has carried out the investigation for about two years which included hush money paid to women on Trump's behalf, tax manipulation practices, property valuations and more.
A New York court recently suspended Rudolph Giuliani's legal license after ruling that the former New York City mayor and Donald Trump's personal attorney made statements that proved false and misleading regarding the 2020 election results.
Weisselberg is being used as a pawn by the Manhattan District Attorney's Office in an attempt to attack and bring down the former US president, according to a statement by the Trump Organization on Thursday.
"The District Attorney's Office filed criminal charges involving employee benefits that the IRS and other District Attorneys never thought of. This is not justice, this is politics," the statement added.
In late May, prosecutors from New York City formed a special grand jury to examine evidence in a criminal investigation involving Trump.