Tunisian President Kais Saied on Saturday (31/7) told his Algerian counterpart that there will be an important decision soon, the Algerian presidency said, as Tunisians await the appointment of a new prime minister. 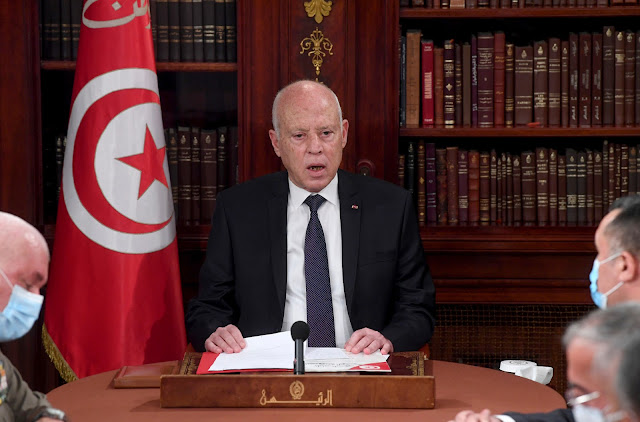 UMMATIMES - Algerian President Abdelmadjid Tebboune discussed developments in Tunisia over the phone, and Saied assured him that "Tunisia is on the right path to building democracy and pluralism, and there will be important decisions soon," the Algerian presidency said in a Facebook post.
Tunisians are waiting for Saied to appoint a new prime minister and draw up a roadmap after he invoked emergency powers last week to wrest control of the government, sack the prime minister and freeze parliament. Earlier, US national security adviser Jake Sullivan urged Saied to get his country back on the path of democracy after taking power by sacking the prime minister and freezing parliament.