Turkish Defense Minister Hulusi Akar and the United States (US) Lloyd Austin on Thursday continued talks by telephone for the second day of operations and security for airports in the Afghan capital. The discussions took place after the withdrawal of NATO troops this summer. 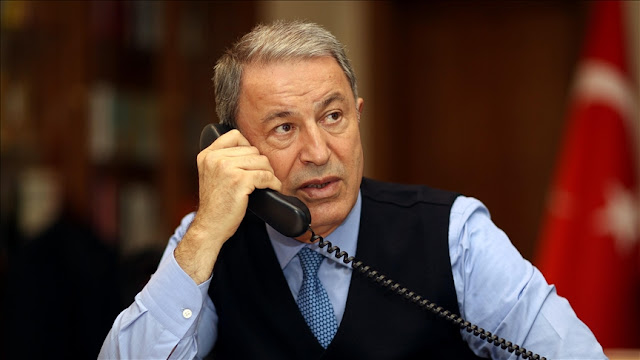 UMMATIMES - "We continue our efforts to provide the necessary support for the uninterrupted operation at Hamid Karzai International Airport with our troops following the termination of the Resolute Support Mission for the security and well-being of our brothers in Afghanistan," said a statement from the Turkish Defense Ministry.
Emphasizing Turkey's role in Afghanistan for two decades, the Turkish ministry said the airport is Afghanistan's only gateway to the world. The airport is vital to the security, peace and well-being of the Afghan people.
The telephone conversation was a continuation of earlier talks on Wednesday which the ministry said were "positive." Both sides said they would handle the latest situation regarding the safe operation of the Afghan airport.