The United Arab Emirates (UAE) carrier has suspended flights to and from Saudi Arabia from Sunday (4/7) until further notice. Abu Dhabi-based Etihad Airways and Emirates Dubai on Sunday announced the decision was taken following the latest directives from the Saudi government to fight the Covid-19 virus. 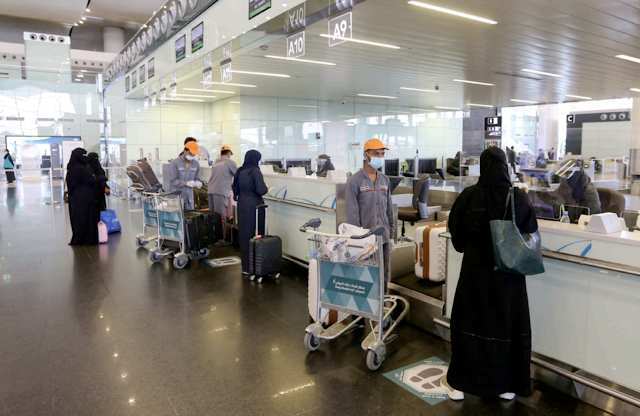 UMMATIMES - “In accordance with the latest directives issued by the government of Saudi Arabia, passenger travel between the UAE and Saudi Arabia has been suspended. This rule is effective from 23:00 local time on July 4, 2021 until further notice," Etihad said in a statement, reported by Khaleej Times, Sunday (4/7).
On Saturday, Saudi Arabia's Interior Ministry suspended flights to three countries including the UAE, Ethiopia and Vietnam. Saudi citizens and residents returning from these countries will be required to quarantine for 14 days.
Etihad said passengers affected by this rule should notify them of changes to travel plans. In addition, Emirates also stated that flights to and from Saudi Arabia will be suspended until further notice as instructed by the Saudi General Authority of Civil Aviation (GACA).
"Customers whose final destination is Saudi Arabia, arriving after 5 July 2021, will not be accepted for travel at their point of origin," GACA said.
Emirates' last flights to and from Saudi Arabia on 4 July 2021 are as follows: DubaiJeddahDubai – EK2805 / EK2806; DubaiRiyadhDubai – EK2817/ EK 2818; DubaiDammamDubai – EK2821/ EK2822.