The United Nations has called on Palestinians to protect citizens who participated in demonstrations against the death of an activist in the country. Previously, the security forces responded repressively to such actions. 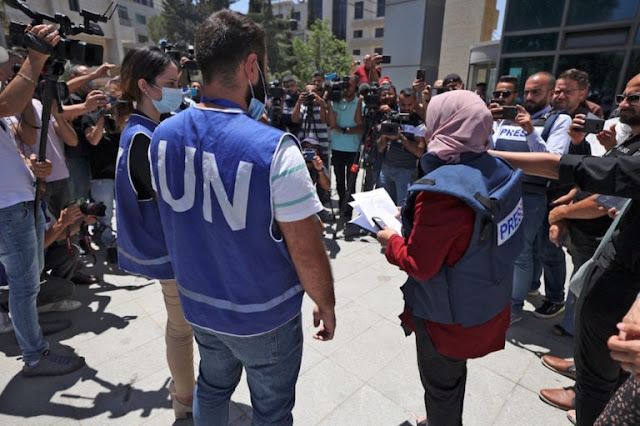 UMMATIMES - "The government of the State of Palestine is obligated to ensure freedom of opinion, expression and peaceful assembly," UN High Commissioner for Human Rights Michelle Bachelet said in a statement Thursday.
Bachelet said Palestinian security forces must act to provide security and safety for the implementation of human rights, including peaceful assembly. He asked that the practice of violence carried out by the security forces against the demonstrators had previously been investigated.
"Last weekend we witnessed Palestinian security forces use force against initially completely peaceful protesters, including beating them with batons and firing tear gas and stun grenades," Bachelet said.
He revealed that one of his staff members who monitored the situation on the ground was also the target of the attack. "Many people, including journalists and human rights defenders were also attacked," he said.
In her statement, Bachelet welcomed the assurances given by Palestinian Prime Minister Mohammad Shtayyeh that Nizar Banat's death would be fully investigated. Banat died in custody last week. It happened shortly after security forces raided his home and brutally arrested him.
His death later sparked days of protests in the West Bank. Banat is known as a vocal critic of Palestinian President Mahmoud Abbas' government.