The UN special rapporteur on human rights in Myanmar Thomas Andrews said the Myanmar military had committed crimes against humanity. He urged the international community to do more to stop the abuses. 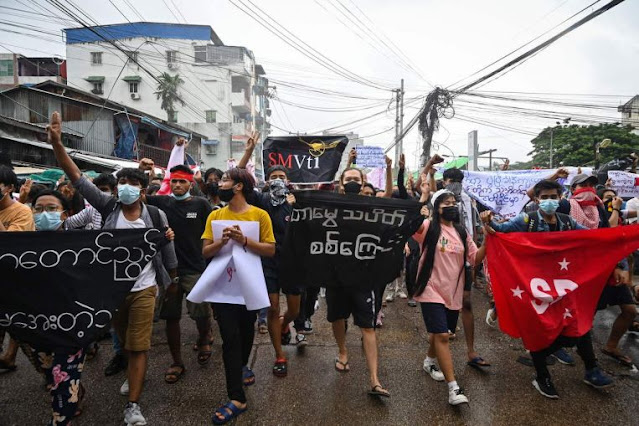 UMMATIMES - "The military junta's widespread and systematic attack on the people of Myanmar constitutes a crime against humanity," Andrews said while speaking before the UN Human Rights Council on Wednesday (7/7).
Andrews said that no country has imposed any sanctions on Myanmar's oil and gas sector. However, he acknowledged that some countries did this to companies under military control.
“Oil and gas sector revenues are a source of finance for the junta and are expected to be close to what the junta needs to maintain the security forces that keep them in power. They have to be stopped," Andrews said.
Earlier the UN High Commissioner for Human Rights Michelle Bachelet said the situation in Myanmar had become a multidimensional human rights disaster. Nevertheless, he praised the civilians who have dared to speak up and fight back since the military staged a coup in February.
“People across the country are continuing peaceful protests despite the massive use of lethal force against them, including heavy weaponry. The civil disobedience movement has brought many military-controlled government structures to a standstill," Bachelet said Tuesday.
At the same time, continued Bachelet, the Myanmar people have shown extraordinary resilience in organizing solidarity and mutual support. Bachelet said the international community must continue to put pressure on the military to support civilians
"It is the duty of the international community to unite in putting pressure on the military to stop the ongoing attacks against the Myanmar people and return the country to democracy, which reflects the clear will of the people," Bachelet said.