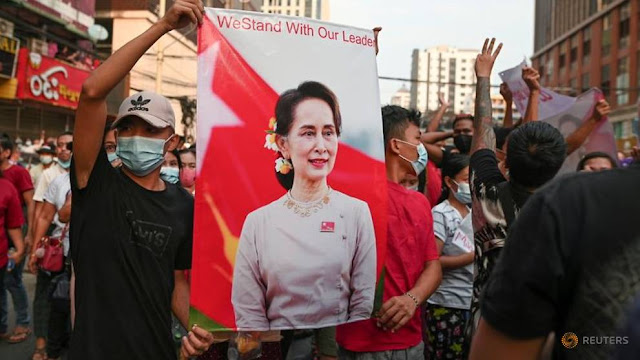 UMMATIMES - This statement was made by UN spokesman Eri Kaneko, Thursday (1/7), a day after thousands of other detainees were released.
Myanmar has been in turmoil since the military seized power on February 1 and toppled Suu Kyi's elected government.
"We reiterate our call for the immediate release of all those who were arbitrarily arrested, including President Win Myint and State Counselor Aung San Suu Kyi," Kaneko said.
Myanmar released more than 2,000 detainees on Wednesday, including journalists and others, who the military said were held on charges of sedition for taking part in the protests, local media reported.
Many opponents of the military are detained, some of them convicted, under laws that criminalize statements that have the potential to cause fear or spread fake news.
Suu Kyi was tried for similar offences, one of which is still in custody. "We are still very concerned about the ongoing violence and intimidation, including arbitrary arrests by security forces," Kaneko said.