Having the world's fastest growing population with the youngest population, Afghanistan is struggling to cope with the dire threat of war that is driving many young people abroad. 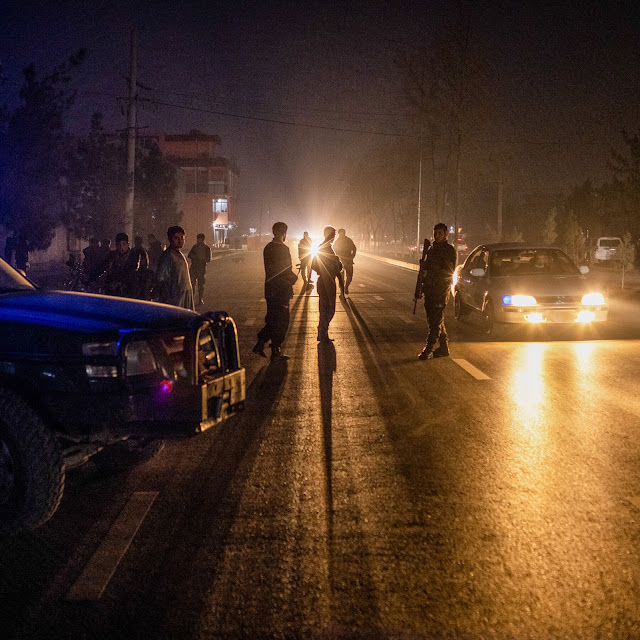 UMMATIMES - Panicked by the advance of the Taliban insurgents, many educated young Afghans have flocked to the passport office in the Karta-e-Chahar neighborhood of the capital Kabul.
"I don't see a future here [in Afghanistan] for myself or my children," Syed Erfan, a young government employee and father of two, told Anadolu Agency while waiting for his turn in a large queue outside the immigration affairs office. .
Officials at the Interior Ministry's Passport Directorate said the main office in Kabul had been overwhelmed with applicants since the US announced its policy of exiting Afghanistan in May.
"Our capacity is around 4,000 passports a day, but the registrations we receive are much more than that," said one official who did not want to be named because he was not authorized to speak to the media.

A quick glance at the queues at the passport office stretching far beyond the complex to nearby streets show the rich diversity of the multi-ethnic country, but many applicants appear to be between 20 and 40 years old.
Ahmad Shah, another resident, was queuing there to apply for the passport of his wife, who wanted to go to Turkey.
“I was raised by a single mother after my father was killed during the Mujahideen rule,” said Ahmad, a human resources manager at a private company in Kabul, referring to Islamic party factions involved in civil war in the 1990s.
Afghan youths like Ahmad and Syed say they have witnessed a void in recent decades of relative peace due to attempts to reach a political settlement for the bloody war that failed to produce results and wars that undermined the previously peaceful region.
However, there are many others who argue to stay in this country and fight for their survival and the values ​​they uphold.
“What matters is whether we live or die, Afghanistan is our homeland, and we will be here, refraining from migration and emigration. We wish for the prosperity and independence of our country," said one Afghan resident, Habib Khan.
"I will make you [Afghanistan] my homeland for the world, or I will turn myself into black dust at your feet," he said.