Undisciplined citizens and slow vaccination, Iran is threatened with the fifth wave of COVID-19

Undisciplined citizens and slow vaccination, Iran is threatened with the fifth wave of COVID-19

The Iranian government is getting ready to be hit by the fifth (local) wave of the COVID-19 pandemic. This is in line with the increasing spread of the Delta COVID-19 variant in the south and southeast of the country. Quoted from Al Jazeera, incumbent President Hassan Rouhani said the increasing spread of COVID-19 could not be separated from the decline in citizen discipline regarding health protocols and social restrictions. 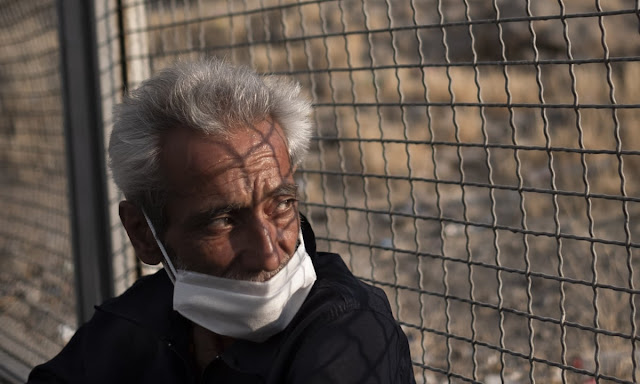 UMMATIMES - "If we are not careful, then there is a possibility that we will face the fifth wave of the COVID-19 pandemic," said Hassan Rouhani, Saturday, July 4, 2021.
According to WorldOMeter data, Iran has recorded 3.2 million cases and 84,000 deaths due to COVID-19. Since June 2021, the number of cases there has slowly started to rise again from what had initially fallen from 25 thousand cases per day in April to 6 thousand per day in early June.
When referring to data from the Iranian Ministry of Health, as many as 92 districts there have been included in the red zone, aka a severe outbreak. This number represents approximately half of Iran's territory which is divided into 32 provinces.
To suppress the spread, travel bans within and outside the city were imposed in 266 areas that fall into the red and orange zones. In addition, a curfew is in effect from 22.00 to 03.00.
In the Iranian capital, Tehran, 70 percent of the total workforce there is required to work from home. Offices engaged in essential sectors were also asked to reduce their capacity by 50 percent.
"The presidential election held last June had an impact on the increase in the number of cases," said Hassan Rouhani, who will be replaced by Ebrahim Raisi in August.
The situation in Iran is exacerbated by the still sluggish COVID-19 vaccination campaign. In total, only 4.5 million Iranians have received a dose of the vaccine. That figure represents approximately 5 percent of Iran's total population.
For its vaccination campaign, Iran relies on donations from Russia, China, India, Cuba and COVAX. Economic sanctions from America have prevented Iran from buying vaccines freely, only being able to rely on donations and local products.
In total, there are already local vaccines that have received approval for use in Iran. One of them came from Setad with the name Barekat. The organization led by Ali Hosseini Khamenei claims 2.7 million doses have been produced and 400,000 of them have been sent to the Ministry of Health.
Setad's target is that 50 million doses are ready to be distributed by the end of September. In comparison, Iran targets all of its people to be fully vaccinated by March 2022.