US and Iraq Continue Security Cooperation to Fight ISIS

US and Iraq Continue Security Cooperation to Fight ISIS

In a meeting aimed at strengthening cooperation between the United States and Iraq on Monday (26/7), the leaders of the two countries discussed various issues, including the fight against Daesh/ISIS, climate initiatives, energy, education and the Covid-19 pandemic. 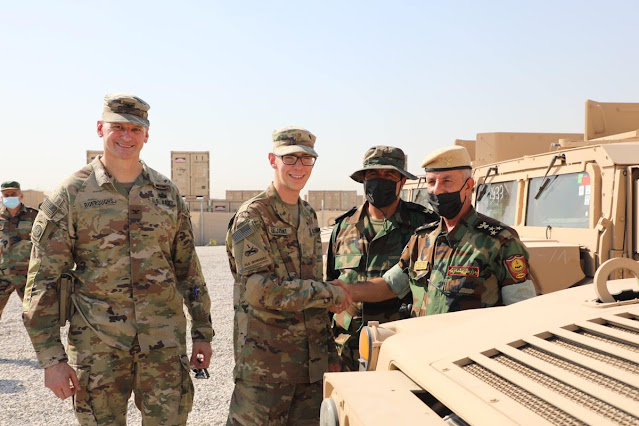 UMMATIMES - In a statement, the White House said President Joe Biden and Prime Minister Mustafa al-Kadhimi were committed to continuing the security partnership to ensure that ISIS could never rise again.
"The leaders reaffirmed their respect for Iraqi democracy, the rule of law and promoting a safe environment for Iraq's general elections in October," the statement said.
They also discussed Iraq's important role in the region and the significant diplomatic efforts led by al-Kadhimi to improve and strengthen Iraqi relations in the region.
Biden and al-Kadhimi praised Pope Francis' historic visit to Iraq earlier this year, the trilateral summit with Egypt and Jordan, and the important role Iraq has played in promoting inter-religious tolerance and common humanitarian bonds in the Middle East.
"They agreed that Iraq's stability is central to the stability of the entire region," the statement added.
Earlier in the day, Biden said the US military was starting a new phase in Iraq and would no longer engage in combat missions by the end of the year.
Speaking to reporters ahead of a meeting with al-Kadhimi in his Oval Office, Biden said Washington and Baghdad would continue to cooperate on counter-terrorism, noting specifically the threat posed by Daesh/ISIS.