US hands over Bagram airfield to Afghan forces

US hands over Bagram airfield to Afghan forces

Due to the withdrawal of US troops from Afghanistan ahead of schedule, Bagram Airfield, the largest US military station in the country, has been transferred to Afghan forces. 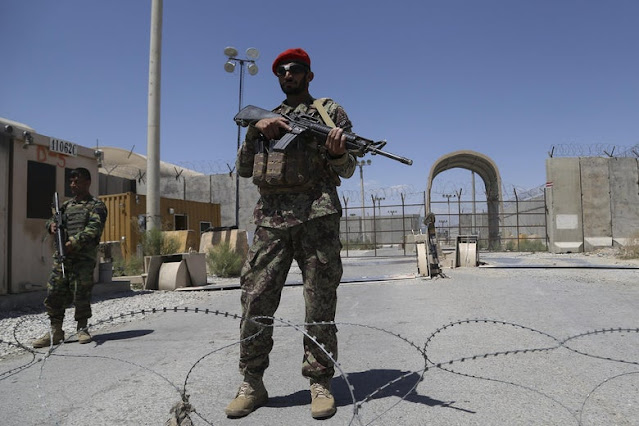 UMMATIMES - "After nearly two decades, the US military left Bagram Air Field in Afghanistan and handed it over to the Afghan National Defense and Security Forces," Tolo News said, citing a Defense Ministry source.
US troops have been in Afghanistan since their invasion following the September 11, 2001 terrorist attacks on the US.
Bagram Air Field is located 69 kilometers north of Kabul, in Parwan Province. According to Tolo News, the surrender of the airbase indicates that the last contingent of US troops has left Afghanistan.
In February 2020, the US reached an agreement with the Taliban to completely withdraw from Afghanistan by May 2021, then pushed back to September 11 this year.
In a statement, Taliban spokesman Zabihullah Mujahid said they viewed the evacuation of all US troops from Bagram as a positive step and wanted all foreign troops to withdraw from the country.
"Afghans can move closer to peace and security with the full withdrawal of foreign troops," he added.
The US is expected to retain its military units to protect its embassy in Kabul. The US administration has reached an agreement with Turkey to protect Kabul's international airport, and is considering retaining some military personnel as support forces.