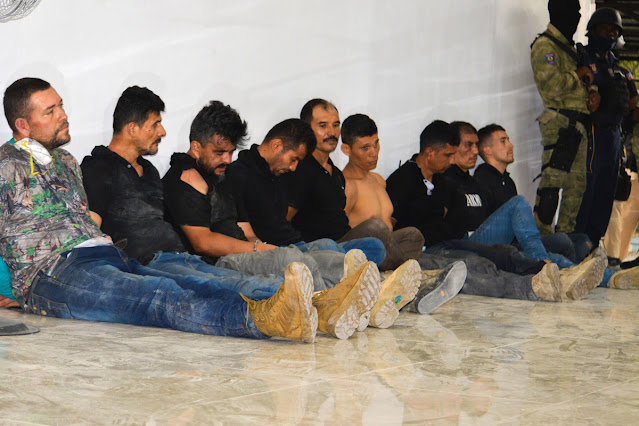 UMMATIMES - "A review of our training database shows that a small proportion of Colombian individuals detained as part of this investigation (of President Moise's assassination) have participated in US military training and education programs in the past, while serving as active members of the Colombian Military Forces," Hoffman said.
The US military routinely trains members of the security forces from Colombian territory. Hoffman added that training provided by the U.S. military typically promotes respect for human rights, compliance with the rule of law, and military submission to democratically elected civilian leadership.
The US regularly provides training to Colombian troops and other security personnel across Latin America. Colombia, in particular, has been a significant US military partner for decades. Colombia seeks to combat drug trafficking organizations, leftist groups and right-wing paramilitary groups.
Those efforts include CIA-backed missions and close ties between Colombian military personnel and the Green Berets, who help train their elite comrades in guerrilla warfare. A Colombian commando school was modeled on the Ranger School, and the partnership between the two militaries began at least in the 1950s.
The Colombian military and police also use US-supplied weapons and equipment. The experience of the Colombian army in the battlefield is a stepping stone for veterans, to become mercenaries and engage in other global conflicts, such as in Yemen.
"The recruitment of Colombian soldiers to go to other parts of the world as mercenaries is a problem that has existed for a long time, because there is no law against it," said Colombian Armed Forces Commander Luis Fernando Navarro.