US: Troop withdrawal from Afghanistan will be completed in August

US: Troop withdrawal from Afghanistan will be completed in August

The full withdrawal of US troops from Afghanistan will be completed by the end of August. This was confirmed by the White House, Friday (2/7). 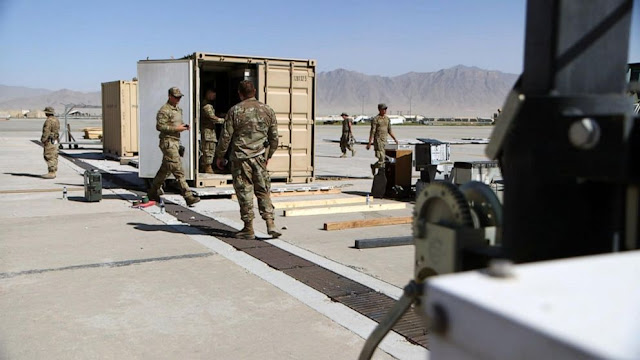 UMMATIMES - US President Joe Biden in April set September 11, 2021 as the deadline for the withdrawal of US troops, in contrast to May agreed with the Taliban by his predecessor president, but he also ensured the 20-year US war in Afghanistan would end.
White House spokeswoman Jen Psaki said that ahead of the full withdrawal of Afghan nationals who had assisted the US in the war-torn country, including translators, would be sent to countries outside Afghanistan once their visa process was complete.
"There are various options, and they will be before we complete our military withdrawal at the end of August," Psaki said.
He did not specify where they would be moved, or how many people were part of the programme, for security reasons. The US State Department on Thursday said there are about 18,000 special immigrant visa applicants in Afghanistan, nearly 9,000 of whom are in the early stages of the process while the rest need to act before the US can begin processing their cases.
The US on Friday handed over control of the main Bagram Airfield, the largest US military installation in the country, to Afghan forces as hopes have mounted that the process could be completed within days.