Venezuela's protracted economic crisis has seen President Nicolas Maduro's government lose control of areas of the capital as gangs have sprung up to take over the power of the state apparatus. 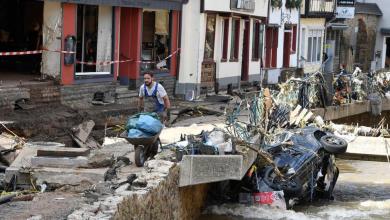 UMMATIMES - "Leave the area! Get the kids out!" shouted gang members walking through the barrio (settlement) of El Cementerio in western Caracas with megaphones on Thursday morning, July 8. The warning told residents in the Venezuelan capital that shooting was imminent.
By then the citizens of the barrio had been sheltering in place for more than half a day, the whole family lying on the floor to escape the incessant gunfire. But over the next 48 hours, El Cementerio and five nearby neighborhoods were incapacitated by an unprecedented gun attack by the gang, known to residents as "The Boys".
The shootout between police and a gang of at least 300 people based in a group of barrios in western Caracas, is another sign that President Nicolas Maduro is losing control over parts of Venezuela, which are suffering from a deep economic crisis and the collapse of the rule of law.
A similar process is taking place in border states, where Colombian rebels seeking justice in rural areas have spent weeks battling Venezuelan forces in a stalemate that has killed dozens of soldiers and forced thousands of residents to flee. In the interior of Venezuela, local gangs also control territory and establish their own laws.
"It is becoming increasingly clear that Maduro is losing control inside and outside Caracas," said Alexander Campos, a researcher at Venezuela's Central University who studies violence and politics.
"The capacity and ambition of criminal groups ranging from gangs to guerrillas is growing," he said.
Security experts say the violent police operation Nicolas Maduro launched in 2015, dubbed "Operation People's Liberation," helped consolidate rival gang groups that initially operated in the Cota 905 neighborhood and surrounding area by giving them a common enemy. Rights groups say it has led to hundreds of extrajudicial killings and violence continues.
In 2017 the gangs struck a deal with the government to operate without police in certain sectors in exchange for reducing violence. Streets have become safer, residents say. But the gangs have become stronger through increased drug trafficking and targeting children as recruits, according to residents, who say the gangs are now armed with grenades and assault rifles.
Gang members sought help by distributing food and throwing parties with slaughtered pigs and live music amid the country's devastating economic crisis, residents said.
Teens equipped with shortwave radios earn about $100 a week, or more than 30 times the minimum wage, for guarding checkpoints in most corners of the neighborhood, said Jose Antonio Rengifo, a 34-year-old teacher.
In areas neglected by state agencies, residents report to gang checkpoints seeking resolution of disputes ranging from domestic violence to robberies.
"Up there, it's family," said Catholic Father Wilfredo Corniel, 45, pointing to the houses that spread across the hillside. "The government is losing ground and credibility."
Despite having four leaders, according to residents, the group is referred to as the "El Koki gang," in reference to its most famous leader, Carlos Luis Revete.
Security experts believe the gang's expansion in the past six months into neighborhoods near El Cementerio and Cota 905 southwest of the capital is a strategy to control the highway linking Caracas to the west, which would allow them to control shipping to the capital.
The government arrested opposition leader Freddy Guevara and accused exiled anti-government activist Leopoldo Lopez of working with gangs to orchestrate shootings in a plot to destabilize the government. Both deny the accusations.
Venezuela's information ministry did not respond to a request for comment.
Neither the gangs nor the government said what sparked the standoff, but it appears to have started with police officers shooting a gang leader allied with El Koki, according to sources familiar with the situation.
By the evening of July 8, the government had issued wanted posters for gang leaders, offering a US$500,000 (Rp 7.2 billion) reward for information leading to their arrest. By that time, residents said, they had already left.
Security forces, usually only seen on the commercial street El Cementerio, flooded the area. The lights on the Cota 905 are turned off.
From Thursday to Sunday, representatives of the non-profit organization Mi Convive, which runs soup kitchens throughout the gang-controlled barrio, hid inside homes surrounded by children, said Hector Navarro, a coordinator. All they heard was gunshots.
For three days the Cota 905 was without electricity. By Saturday the houses there had run out of water. Some fled with suitcases.
Residents said police searched homes, stole food and household items. Some showed photos of broken windows and scattered items in the room.
The operation killed 26 people, the government reported. The NGO Victim's Monitor documented 37 deaths, including four officers and 22 suspected non-gang members killed by stray bullets or police. No major gang leaders have been arrested.
On Monday, the main street of El Cementerio was already busy. The only signs of a gunfight were scattered "Wanted" posters and windows cracked from stray bullets.
There's a teenager at a gang checkpoint in El Cementerio near what residents say is one of El Koki's homes. In Cota 905, police continue operations.
Some at El Cementerio prefer gangs. "I would have voted a thousand times to live with El Koki over the police," said a resident of the Venezuelan capital who lives in Cota 905.