WeChat has deleted accounts of LGBTQ groups belonging to students from various universities there. 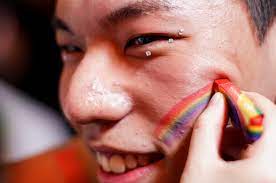 UMMATIMES - The groups received warnings that they were "violating community rules," according to the Associated Press, but were given no further explanation before their accounts were deleted.
"The accounts are not viewable on WeChat, but users on Weibo (alike Twitter) have compiled a list of some of the groups affected, including those run by students at Tsinghua University and Fudan University," Insider wrote Friday.
The homosexual community group was removed from the Chinese Society of Psychiatry's list of mental disorders in 2001, but that doesn't mean people with that identity aren't marginalized in the country.
Speaking anonymously to the AP, one of the managers of the now-deleted group said they were encouraged by universities to close their pages or remove any mention of universities before WeChat intervened.