White Flag is a Symbol of Solidarity with Malaysians

White Flag is a Symbol of Solidarity with Malaysians

When Mohamad Nor Abdullah waved the white flag outside his window late at night, he did not expect to receive so much support. In the morning, dozens of strangers knocked on his door, offering food, cash and encouragement. 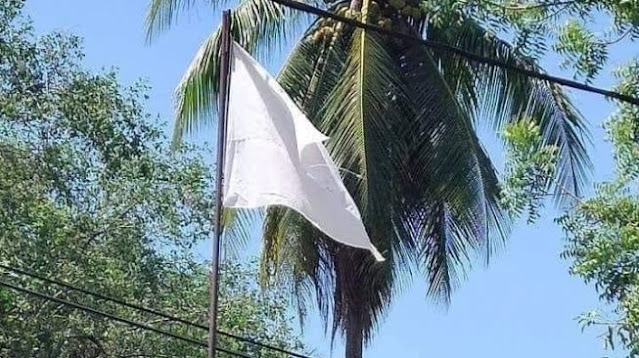 UMMATIMES - Malaysia's national quarantine to curb the spike in the coronavirus was further tightened on Saturday (3/7). This decree prohibits people in certain areas from leaving their homes except to buy food and necessities.
This condition made Mohamad Nor despair. He makes a living selling packaged nasi lemak at a roadside stall every morning. However, the revenue was lost and government assistance was insufficient.
The white flag campaign that appeared on social media last week aims to help people like Mohamad Nor, a 29-year-old man born without arms. By chance, he saw the campaign on Facebook and decided to try to find some help.
"It was so unexpected. So many people reached out to help, support and encourage me," said Mohamad Nor. He sat in his gloomy room amidst the boxes of biscuits, rice, cooking oil, and water that were quickly donated to him.
Nor said a good Samaritan offered to help pay the rent for his room. The help he gets is likely enough to help him get through the next few months.
The #flagwhite campaign began as a Malaysian response to the rising number of suicides believed to be linked to the economic hardship caused by the pandemic. Police reported 468 suicides in the first five months of this year. An average of four cases per day and a sharp increase from 631 cases throughout 2020.
Social media posts urge people to wave flags or white cloths to signal that he needs immediate help. Dozens of food retailers and celebrities have responded with offers of help. Many Malaysians have been touring the neighborhood to find the white flag.
Reports of people receiving prompt aid after raising the white flag have warmed Malaysian hearts. A single mother and her teenage daughter who survive on biscuits for days finally get food from neighbors.
There is also a story of a person who has debt who wants to end his life receiving cash assistance to start a new life. Meanwhile, a Myanmar refugee family who survives on only one meal a day is provided with food supplies.