The head of the World Health Organization (WHO) said investigations into the origins of the coronavirus in China were hampered by a lack of raw data in the first days of its spread there. 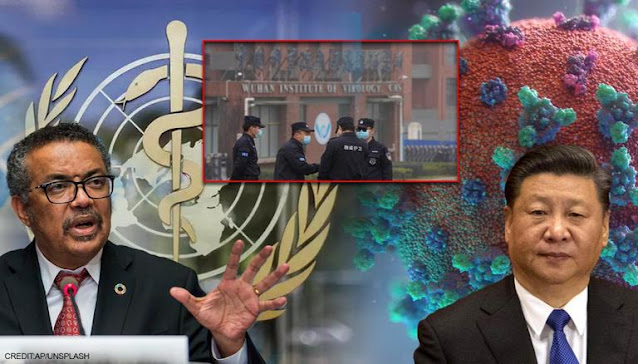 UMMATIMES - "We call on China to be transparent and open and work together," WHO Director-General Tedros Adhanom Ghebreyesus said at a press conference Thursday, Reuters reported, July 15, 2021.
"We owe it to the millions who suffered and the millions who died to know what happened," he said.
Last month US President Joe Biden expressed skepticism about China's cooperation with the WHO investigation.
"China is trying very hard to project itself as a responsible country and is very, very open, and they are trying very hard to talk about how they are helping the world with COVID-19 and vaccines," Biden said.
"Look, certain things you don't need to explain to people in the world, they see results. Is China really trying to get to the bottom of this?"
Biden in May ordered his aides to find answers to the origins of the virus that causes Covid-19, which was first reported in the Chinese city of Wuhan, and said US intelligence agencies were looking at other theories, which could potentially include possible laboratory leaks in China. China, Reuters reports.
A WHO-led team, which spent four weeks in and around Wuhan in January and February with Chinese researchers, said in its report that the virus may have been transmitted from bats to humans via other animals, and that a "laboratory incident" was highly unlikely. .
But experts say some data has been withheld, and the US says the research is "insufficient and inconclusive."
But Beijing has promoted the theory that COVID-19 entered China from abroad via contaminated frozen food, while a number of Western politicians have also called for further investigation into the possible leak from the laboratory.
China has repeatedly said that politicizing the issue would hinder investigations. While China has urged the US to be investigated for the origins of Covid-19.
A senior Chinese epidemiologist said the United States should be a priority in the next phase of investigation into the origins of the coronavirus after a study suggested the disease may have circulated there as early as December 2019, Chinese state media Global Times said in June.