WHO: Trend of Declining COVID-19 Cases in Europe Ends Due to Euro 2020

WHO: The Trend of Declining COVID-19 Cases in Europe Ends Due to Euro 2020

The World Health Organization (WHO) said that the holding of Euro 2020 contributed to the increase in COVID-19 cases in Europe. This is considering that Euro 2020 stadiums allow supporters to come to watch and bars have reopened in various countries to serve watching together. 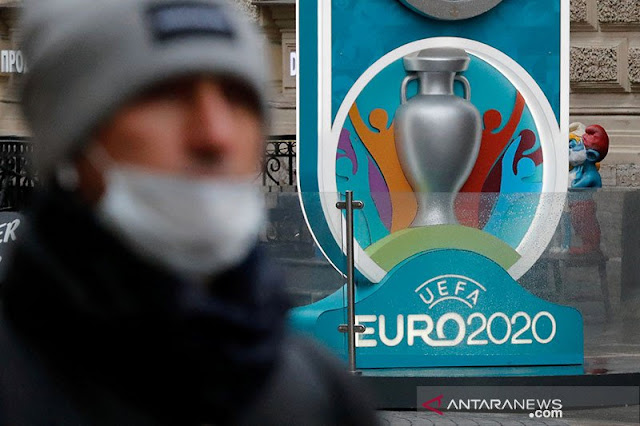 UMMATIMES - "The decline in the number of new COVID-19 cases in various regions over the past 10 weeks has ended. A new wave of COVID-19 is inevitable if football fans are not careful," WHO said in a press statement, quoted by Reuters news agency, Thursday, July 1, 2021. .
Last week, according to WHO data, the number of new cases in Europe rose by 10 percent. The biggest donations came from cities hosting Euro 2020 as well as easing social restrictions.
As one example occurred in London, England. Last June, it was detected that 2000 spectators from Scotland were caught having the COVID-19 vaccine while watching the match against England.
WHO Emergency Services official, Catherine Smallwood, said that allowing fans into the stadium was not entirely to blame for the rise in the number of cases. He said other factors also played a role, such as public transportation that takes spectators to the stadium location or to bars to watch together.
"It's actually these small, ongoing events that play a role in spreading the virus," he said.
Responding to the WHO findings, German Interior Minister Horst Seehofer said the decision by the European Football Federation (UEFA) to allow spectators to come to stadiums was irresponsible. According to him, UEFA should know that the pandemic is not yet completely safe to allow that.
In England, the issue of spectators coming to Wembley Stadium is also a matter of debate. The English Football Federation is trying to allow 60,000 spectators to come to Wembley for the Semi-Finals and Finals. Some consider it unsafe, while the FA insist it is safe and will help win the competition for the next World Cup.
UEFA, in a press statement, defended itself by saying that mitigation efforts had been made to suppress the spread of the COVID-19 virus.
"Our policy is in line with the regulations that have been drawn up by the competent public health authorities," they said of the statement that Euro 2020 caused an increase in COVID-19 cases. According to data per week 25, there are a total of 33 million cases and 738 thousand deaths due to COVID-19 in the European Union.