Why did China destroy its own technology companies?

Why did China destroy its own technology companies?

Alibaba, Tencent, Didi – one by one the Chinese tech giants are getting slapped by the Communist Party. Similar treatment was directed towards the richest group. What is Beijing worried about? 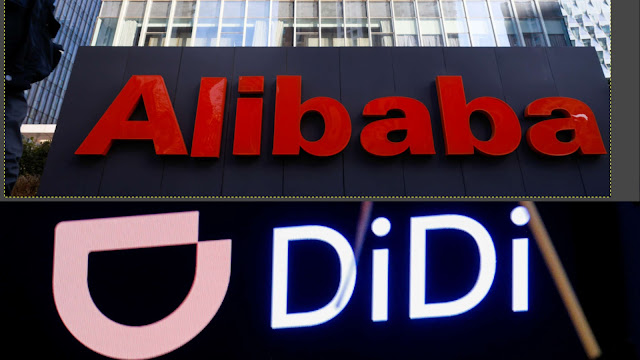 UMMATIMES - Anyone in China is currently "not encouraged to be on the list of the richest people," said Maximilian Mayer, Professor of Global Technological Politics at the University of Bonn, Germany.
The reason is the behavior of the Chinese government which has recently been active in curbing the biggest technology companies. The latest victim is a transportation service company, Didi Chuxing, which recently successfully listed itself on the New York stock exchange.
China's Cyber ​​Watch Agency (CAC) accused Didi of violating the National Security Act. As a result, the company's shares fell more than 5 percent last Friday (2/7).
The same thing happened to Colin Huang, who by Forbes is estimated to have a fortune of USD 42 billion and is among the richest humans on Earth. Not long ago, he surprisingly announced his retirement from Pingduoduo, an agricultural business platform that raised the billionaire.
Other companies, Yunmanman and Huochebang in the transportation sector, as well as Biss Zhipin which offer manpower services, are included in the CAC shot. Since Sunday (4/7), all internet platforms in China are required to revoke applications belonging to all these companies.
The founder of the Alibaba site, Jack Ma, had first dealt with President Xi Jinping and eventually stepped down as president director. The other founders did the same.

Apart from data protection, the Communist Party's (CCP) behavior in castrating technology companies is driven by the instinct of power.
"In a hundred years, the CCP amassed 90 million members. An internet ecosystem like the one built by the short-message service company, Tencent, had 1.2 billion active users in just ten years," Mayer said.
With that number, he said, "Tencent controls more data than the CCP."
This is not surprising, says Kirsten Tatlow, researcher at the German Society for Foreign Policy (DGAP). "China looks at the economy from a security perspective." He believes Beijing's move is related to the policies of technology companies listed on US exchanges.
"The signal from the party is multi-interpretable," Mayer continued. He believes the CCP wants to force companies to submit to the party's targets. "But also to limit its own people, the super-rich businessmen who often enjoy the cult of the individual in China."
However, the Chinese government's policies are not without business consequences. Recently, investment firm Blackrock announced it was withdrawing from shares in Chinese technology companies.
"We want to move away from the biggest and dominant platforms in China," said Blackrock Director Lucy Liu.
US companies have also been affected. The investigation into Didi, for example, has also harmed Apple, which has invested in the company.
"Investors are currently taking risks by investing in data companies in China," wrote Kirsten Tatlow. "The government will do everything necessary to maintain control over that data."