The World Bank will allocate funds of 150 million US dollars or equivalent to Rp. 2.17 trillion (at an exchange rate of Rp. 14,432 per US dollar) for Yemen. Funds will be used to improve access to basic health services, nutrition, water and sanitation. 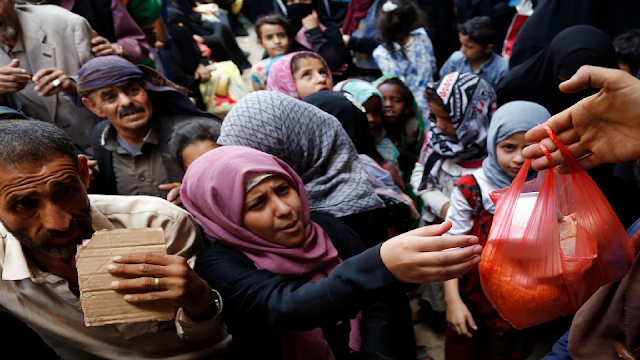 UMMATIMES - Funds channeled to Yemen will be used to provide essential health and nutrition services for the country's 3.65 million people. The funds will also be used for water and sanitation services for another 850,000 residents. There will also be a training budget for 3,000 health workers.
The World Bank revealed that the death toll from the Yemen conflict which has been ongoing since 2014 has reached 233,000. "With half the deaths caused by a lack of food or access to health care, as well as a lack of basic infrastructure to provide these services," he said on Wednesday (30/6) quoted from the Al Arabiya website.
The World Bank says of Yemen's total population of about 29 million people, 20 million of them are food insecure and at risk of malnutrition. Two-thirds of the population cannot afford adequate food and water and sanitation services. "More than four million people have fled their homes," said the World Bank.
The United Nations has declared Yemen a country facing the world's worst humanitarian crisis. Currently about 80 percent of the people there depend on aid.
Yemen's conflict has been going on since 2014. It began when the Houthi militia seized the capital Sanaa and began fighting the internationally recognized government.